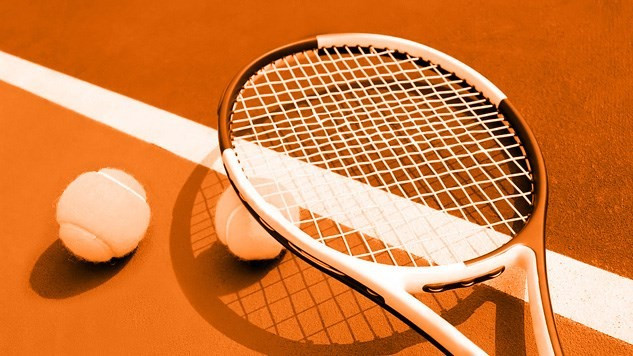 The International Tennis Federation (ITF) has confirmed a total of 4,899 tests were carried out last year under the sport’s Anti-Doping Programme, 466 more than in 2015.

The release of the figures comes after ITF President David Haggerty claimed last month that tennis is adopting a more vigorous approach to drug testing than before.

The sport was thrust into the headlines for the wrong reasons when Russian tennis star Maria Sharapova tested positive for the heart-attack drug meldonium last year.

The five-time Grand Slam winner was eventually given a 15-month ban from competition as a result of the case.

Sharapova, who is due to return to the sport in April when her suspension ends, was subject to more than seven out-of-competition tests during 2016.

Several of tennis' biggest names have previously criticised the level of testing in the sport, including current men’s world number one Sir Andy Murray of Great Britain.

Murray was one of 28 players, along with the likes of world number two Novak Djokovic of Serbia and world number three Stan Wawrinka of Switzerland, that had more than seven tests both in and out of competition.

Wawrinka’s compatriot Roger Federer, who won his 18th Grand Slam title last month with victory over Spain’s Rafael Nadal in the Australian Open final, was tested four to six times in competition and more than seven times out of competition.

Nadal was tested one to three times in competition and more than seven times out of competition.

The 14-time Grand Slam winner was among the athletes whose leaked data was revealed by hacking group Fancy Bears after a cyber-attack on the World Anti-Doping Agency (WADA) last year.

Nadal was granted permission to take steroid medication betamethasone in 2009, and then in 2012 he received further clearance to take corticotrophins.

The Spaniard announced in March of last year his plans to sue former French Minister for Health and Sport Roselyne Bachelot after she claimed the reason for him missing a seven-month period in 2012 was because he failed a drugs test.

The Tennis Anti-Doping Programme is described as a comprehensive and internationally recognised drug-testing programme that applies to all players competing at Grand Slam tournaments and events sanctioned by the ITF, Association of Tennis Professionals (ATP) and Women's Tennis Association (WTA).

Players are tested for substances prohibited by WADA and, upon a finding that an anti-doping rule violation has been committed, sanctions are imposed in accordance with the requirements of the Tennis Anti-Doping Programme and World Anti-Doping Code.