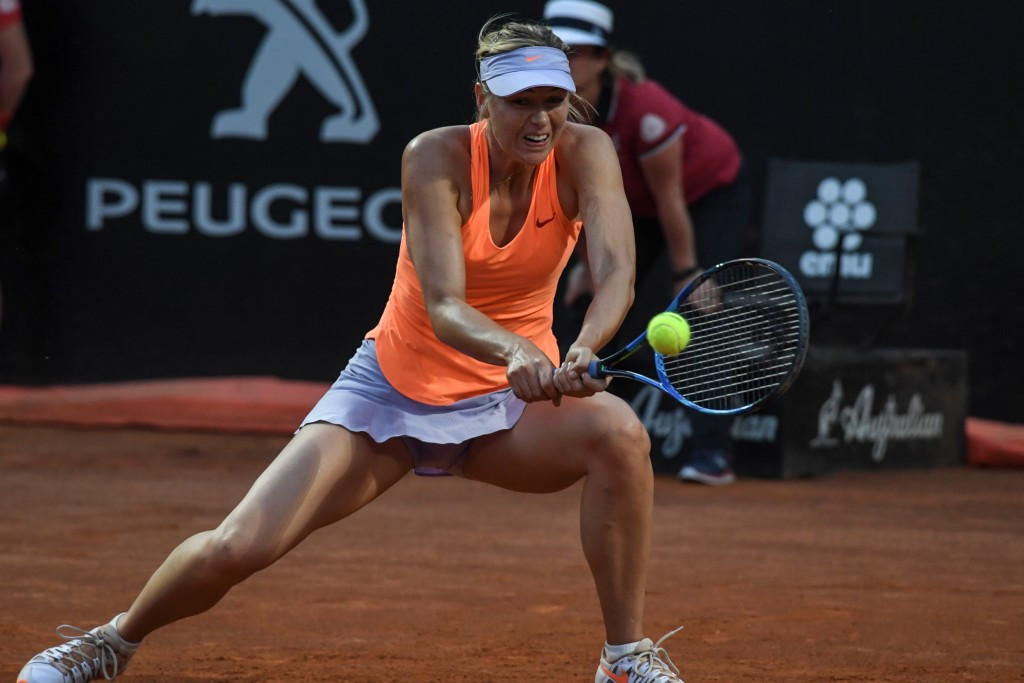 Maria Sharapova has vowed to "rise up again" after being told she would not be getting a French Open wildcard.

Yesterday, French Tennis Federation (FFT) President Bernard Giudicelli Ferrandini confirmed that the 30-year-old Russian was not one of the 12 female players given a space in either the qualification rounds or main draw for the Grand Slam being held at Roland Garros in Paris between May 28 and June 11.

During a Facebook Live post, Giudicelli Ferrandini said wildcards could not be given to players returning from drugs bans.

Sharapova served a 15-month suspension which ended in April after testing positive for meldonium at the 2016 Australian Open.

Since the ban's end, the Russian, who has five women's singles Grand Slam titles including two at Roland Garros, has appeared at three tournaments, with her presence back on court proving a controversial issue among other players.

Today, Sharapova published a statement on Twitter saying she will fight on despite the setback.

"If this is what it takes to rise up again, then I am in it all the way, every day," she tweeted.

"No words, games, or actions will ever stop me from reaching my own dreams.

Her initial ban had been set at two-years, but following an appeal to the Court of Arbitration for Sport (CAS), this was reduced to 15-months as they determined Sharapova had not intentionally doped.

Yesterday, Sharapova exited the Rome Masters in a second round match against Croatia's Mirjana Lučić-Baroni because of injury.

However, her first round victory on Monday against the United States' Christina McHale was enough to send Sharapova into the top 200 in the world rankings.

This means she is eligible to participate in the Wimbledon Championships' qualifying rounds.

Women's Tennis Association (WTA) chief executive Steve Simon has criticised the decision to not award Sharapova a wildcard to the French Open.

Following the news she would not appearing at the tournament, Simon said in a statement that he did not agree with the FFT's decision.

"She has complied with the sanction imposed by CAS," he said.

"The tennis anti-doping programme (TADP) is a uniform effort supported by the Grand Slams, WTA, International Tennis Federation and Association of Tennis Professionals.

"There are no grounds for any member of the TADP to penalise any player beyond the sanctions set forth in the final decisions resolving these matters."