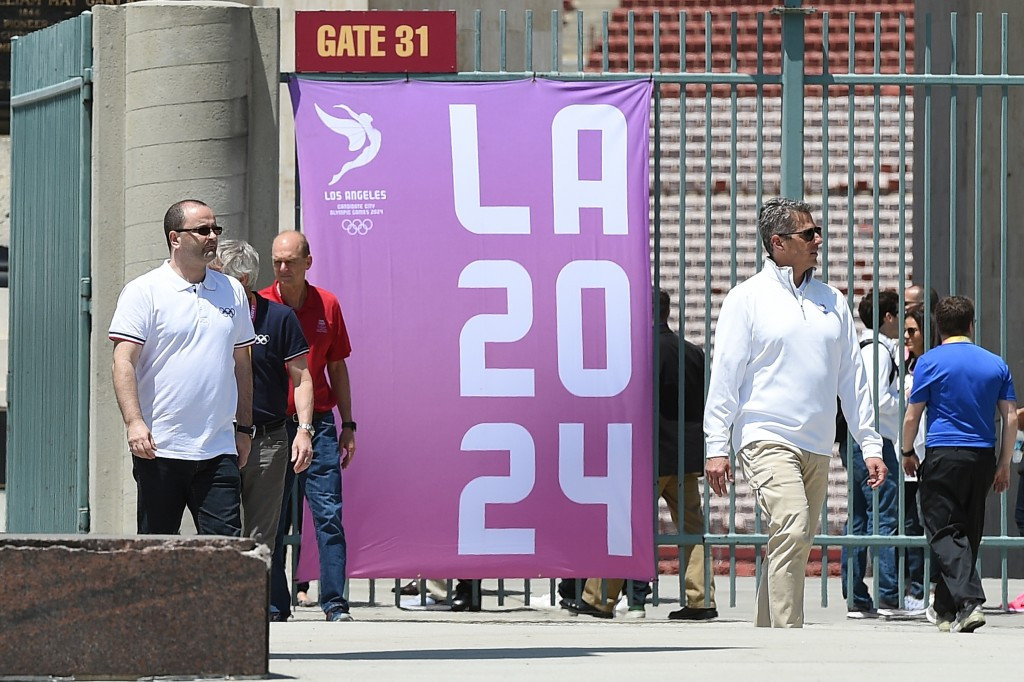 This is broadly in line with what bid chairman Casey Wasserman disclosed in September 2015, when he revealed that the bid had managed to raise its designated $35 million (£27.3 million/€31.2 million) budget in the space of a week.

The bid - whose primary mission is said to be to "improve and enhance the quality of life of residents" through promotion of Los Angeles as site of the 2024 Olympics and Paralympics - now says Board members have committed more than $50 million (£39.1 million/€44.6 million) to finance operations.

Wasserman is said to have spent an average of 10 hours per week working on the bid.

The Wasserman Foundation is the biggest single contributor listed at $3 million (£2.3 million/€2.6 million).

The filing also discloses that 247 Group, a subsidiary of Wasserman Media, was paid just over $1 million (£782,000/€893,000) in the period covered for social media marketing and content production services.

Ruggiero Sports Ventures, an entity more than 35 per cent owned by Angela Ruggiero, the International Olympic Committee (IOC) member acting as chief strategy officer for the bid, was paid $60,000 (£47,000/€54,000) for consulting services.

The document lists no fewer than 86 individuals, many among California's richest and most famous people, as bid directors.

Other notable names include Steve Ballmer, the former Microsoft executive, David Geffen, among those behind DreamWorks and Asylum Records, whose artists included Hotel California band The Eagles, Greg Penske, chief executive of a major operator of car dealerships including for Toyota, one of the IOC's 12 current worldwide sponsors, and Hyatt Hotel heir Anthony Pritzker.

Many of these individuals are associated with bodies which have made donations to the privately-funded bid: The David Geffen Foundation has contributed $1 million, as have Longo Toyota, Fox Network Group and the Ballmer-owned Los Angeles Clippers basketball team.

Burns was hired as chief marketing officer by Los Angeles 2024 in January 2016.

A proposal to award both the 2024 and 2028 Olympic and Paralympic Games to Los Angeles and Paris was unanimously approved by the IOC Executive Board last month.