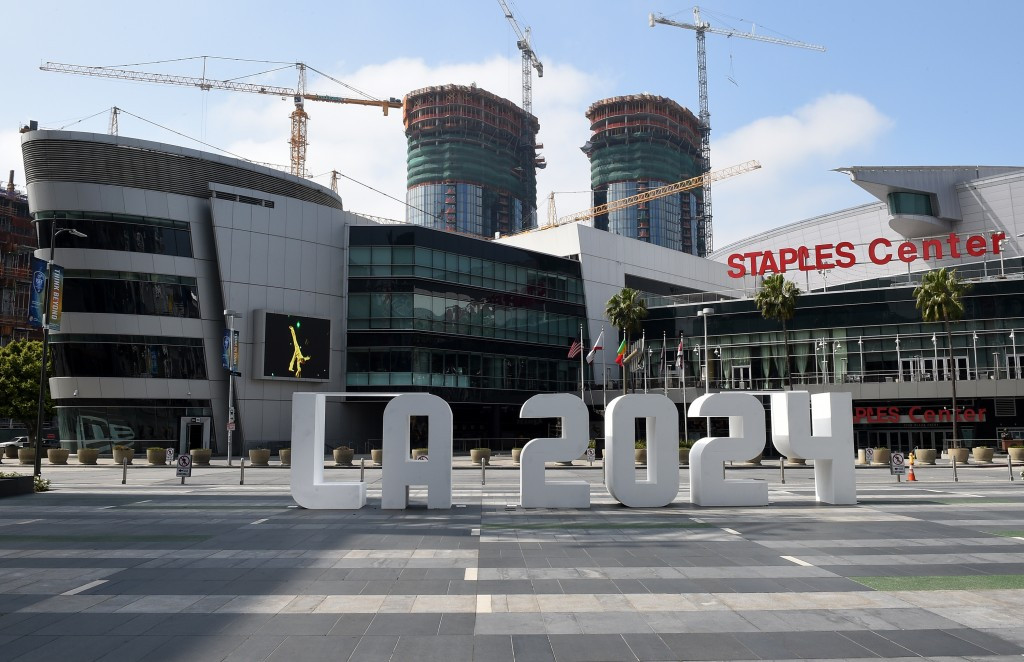 Two NBA sides - the Clippers and Lakers - are based in Los Angeles, along with one women's team, the Los Angeles Sparks.

The three teams all play their home matches at the Staples Center, Los Angeles 2024's proposed venue for basketball and wheelchair basketball.

Officials from Los Angeles 2024 promised they will "draw on the NBA and WNBA’s expertise in state-of-the-art sport presentation to grow Olympic and Paralympic sport in the United States and worldwide" if they are awarded the 2024 Games.

"The NBA and WNBA’s proven expertise in state-of-the-art sports presentation tailored for global audiences is the type of creativity that Los Angeles can bring to the 2024 Games.

"Los Angeles 2024 is focused on the future of the Olympic and Paralympic Movements and we aim to help all sports federations grow and succeed in America’s $250 billion (£194 billion/€222 billion) sports market and around the world.

"Tapping into our city's youth culture, Los Angeles 2024 would also increase sports participation among America’s 100 million young people and many more around the world"

NBA players began participating in the Olympic Games in Barcelona in 1992 and a record 46 athletes from the league competed at Rio 2016.

The United States men's side won the gold medal by beating Serbia in the final.

"We have had two NBA teams in Los Angeles for nearly 50 years, a WNBA team for 21 years and beginning next season two development League teams.

"Los Angeles is truly an epicentre of global basketball.

"Basketball has been an Olympic sport for more than 80 years, but it was in 1992 when the Dream Team inspired a new generation of fans and future NBA players.

"What better way to bring the Games into a new era and once again inspire the next generation of Olympians and Paralympians than showcasing them in a city that embodies creativity, entertainment and sports."

"With its unrivalled mix of imagination and innovation, Los Angeles - the home of the defending WNBA champion Sparks - is the right city at the right time to bring the spirit of the Olympic Movement to a new generation and empower every little girl and boy around the world to dream big and believe that they belong."

Los Angeles is up against Paris for the right to host the 2024 Olympics and Paralympics.

It is widely expected, however, that the International Olympic Committee (IOC) will officially decide at a meeting of its ruling Executive Board in Lausanne on Friday (June 9) to award both 2024 and 2028 together.

It is assumed that Paris will be awarded the 2024 edition and Los Angeles the event four years later at the IOC Session in Lima on September 13.