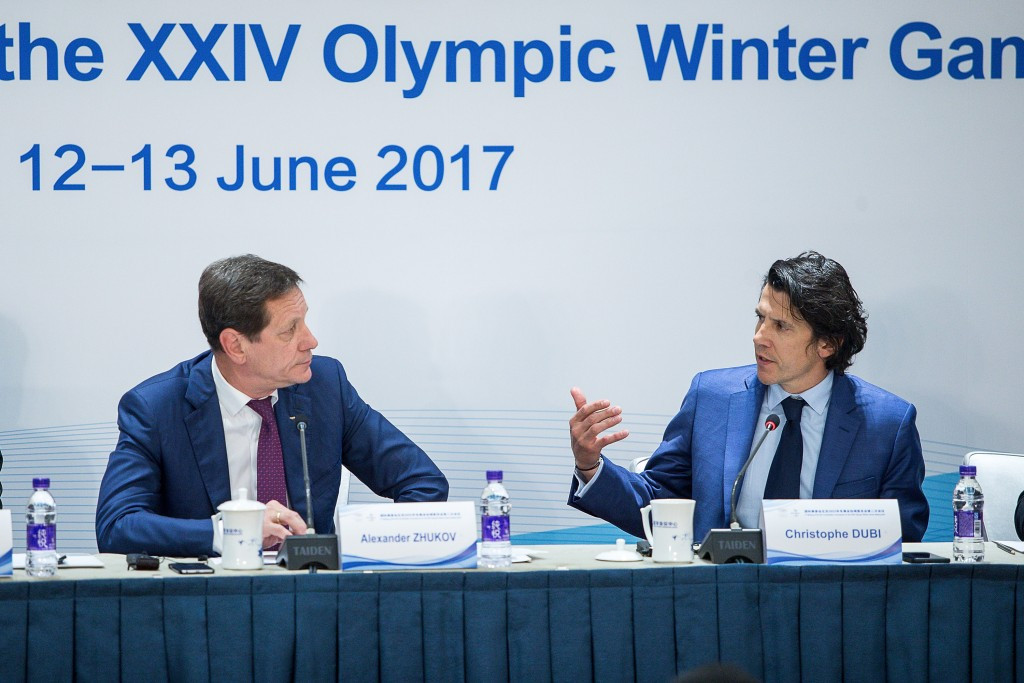 International Olympic Committee (IOC) officials have insisted there are no issues with the Beijing 2022 sliding centre despite concerns having previously been raised about the venue.

Ferriani, who became an IOC member at the Session prior to the Olympic Games in Rio de Janeiro, was concerned that the sun faces the current proposed site for bobsleigh, luge and skeleton at the 2022 Winter Olympic and Paralympic Games.

An exact location for the venue, due to be constructed in the Yanqing zone, located around 90 kilometres from Beijing, had not been confirmed at the time of the first visit.

But Beijing 2022 executive vice-president Zhang Jiandong confirmed here today that a site had now been chosen in the region.

IOC executive director for the Olympic Games Christophe Dubi claimed organisers had made "great progress" at the sliding centre since October, which will remain at the same location as had been previously outlined in the bid plan.

"This is a highly-technical venue and there has been a lot of work completed between the last visit and this one," Dubi said here.

"We had the experts, both from the IBSF and the international stage, and we have local experts to make sure all environmental conditions were respected and we have made good progress in this respect.

"You will remember that during the Evaluation Commission this was a very special area and that measures would have to be taken to protect this.

"This will be done in time.

"The collaboration between the pubic authorities that are involved and the IF is very, very good.

"We have seen good progress in the sliding centre and this is something that was echoed by Ferriani."

Coordination Commission chairman Alexander Zhukov stressed there were "no special problems or matters" with the sliding centre.

The Russian Olympic Committee head claimed preparations were going well across all the venues due to be used at the Games, including those which were not visited by the members during the visit.

He added that the National Speed Skating Oval, the only venue being built from scratch in Beijing, was "already taking shape" and would be completed by the end of 2019.

A number of officials from the IOC and the Coordination Commission told insidethegames they were impressed with the state of the facilities.

World Curling Federation President Kate Caithness said Beijing 2022 were "so far ahead" of schedule and that she "couldn't believe how much they had done in the short time" since being awarded the Games in July 2015, when they beat only rival Almaty by four votes.

"Since our last visit, Beijing 2022 has made good progress in its preparations for a sustainable Olympic Winter Games that will benefit the city, the region and the country for decades to come," Zhukov said.

"Although we did not visit all of the 2008 venues that will be used in 2022, we know the level of maintenance is high and we are confident in their ability to host the event.

"It was impressive to see how the Organising Committee has not only capitalised on the venue legacy from 2008 but has also integrated long-lasting sustainable solutions across its various projects.

"We are very pleased with the progress that has been made by Beijing 2022."