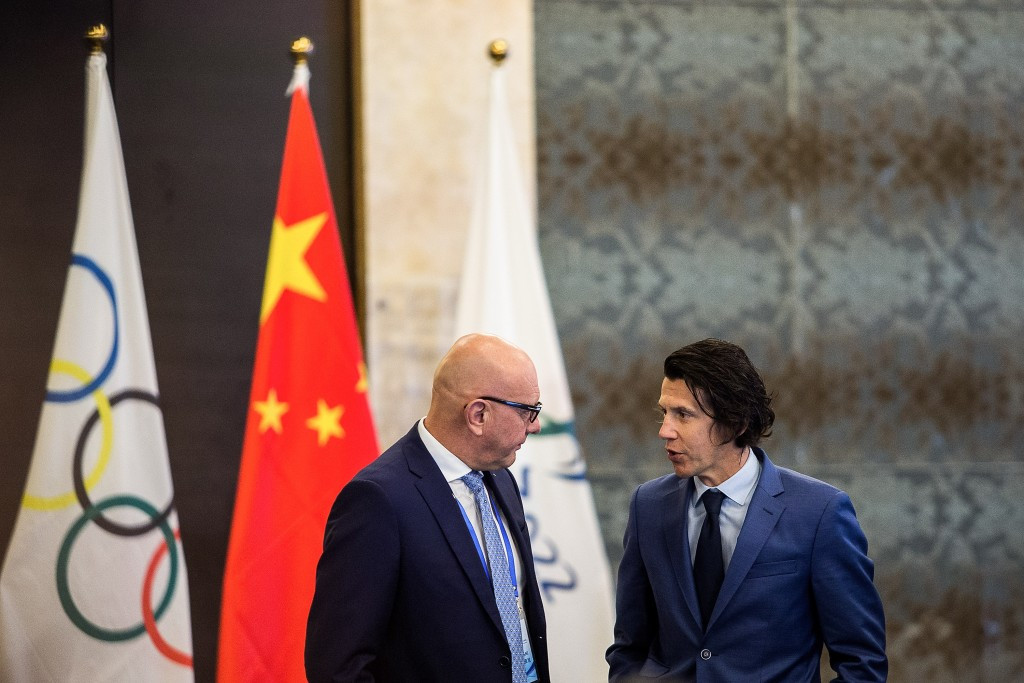 A decision on new events at Beijing 2022 could be made next June as part of an accelerated process, International Olympic Committee (IOC) executive director for the Olympic Games Christophe Dubi confirmed here today.

The decision was made at last week's IOC Executive Board meeting in Lausanne, where plans to award both the 2024 and 2028 Olympics this year were approved.

The sports programme for each Olympics is usually decided three years prior to the event, but the IOC have decided to adopt a "new timeline", according to Dubi.

Confirmation of the sports and events due to take place at the 2022 Winter Olympic Games in the Chinese capital is therefore expected to come at an Executive Board meeting in June, held four months after the conclusion of Pyeongchang 2018.

"Compared to previous organisation of the Games, where the finalisation of the programmes was three years out, here it will be a little more," Dubi said during the Coordination Commission visit here.

"Right after the Pyeongchang Games there will be an evaluation and the confirmation of the programme will be made in the next Executive Board after Pyeongchang, which is likely to be in June 2018.

"It is an acceleration of the process in order to leave more time for the Organising Committee, but also the National Olympic Committees to prepare the athletes.

"That was the main evolution adopted by the Executive Board and it is a very good one and a very practical one."

Skiing big air could be one of the disciplines which pursues a place at the Games.

This may depend on the success of snowboard big air, which was added to the Pyeongchang 2018 programme along with curing mixed doubles, speed skating mass start and an Alpine skiing team event in June 2015.

Snowboard big air at Beijing 2022 is set to be held at an industrial sports park in Shougang, located just outside of the capital city in the Shijingshan district.

The rest of snowboarding competitions at the Games in five years' time are due to be staged at the Genting Ski Resort in Zhangjiakou in Hebei Province, around 160 kilometres from Beijing.

World Curling Federation (WCF) President Kate Caithness told insidethegames here that she is hopeful mixed doubles can remain on the Olympic programme after it makes its debut at Pyeongchang 2018.

"It is such a great sport - it is a shorter game and it is much faster.

"The man and the woman will be wearing a microphone so broadcasters can listen to what their communication with each other is, so I think it is going to be fun."