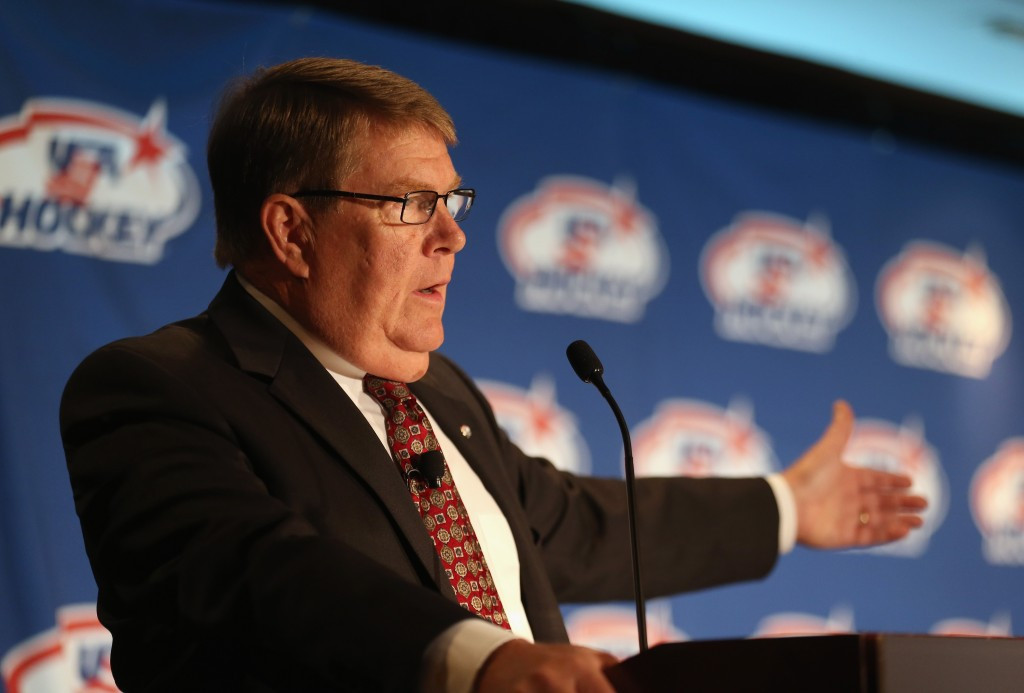 Retired USA Hockey executive director Dave Ogrean believes there is a "better than 50-50 chance" National Hockey League (NHL) players will return to the Winter Olympics at Beijing 2022 following the organisation's decision to refuse to send competitors to next year's Games in Pyeongchang.

Ogrean, who stepped down from his position yesterday, is confident the ongoing row over the participation of NHL players at Pyeongchang 2018 will not affect the long-term future of the relationship between the league and the Olympics.

NHL Commissioner Gary Bettman claimed recently that they were not going to change their mind having confirmed in April that their athletes would not officially be allowed to compete at the event in South Korea.

In response to their statement, International Olympic Committee (IOC) President Thomas Bach said that the offer from the International Ice Hockey Federation (IIHF) to cover the travel and insurance costs was "off the table" for both Pyeongchang 2018 and Beijing 2022.

However, the IIHF and the IOC are thought to be hopeful NHL players will compete in the Beijing, which hosted the Summer Olympics in 2008, in five years' time as they are keen to tap into the Chinese market.

Ogrean, who served as executive director of USA Hockey for 18 years across two tenures, recognises the potential of an Olympic ice hockey tournament in China.

“I think there’s a much better than 50-50 chance they’ll be in Beijing.

“I think the Olympic Movement and hockey are going to find a way to be back together and hit it out of the park in Beijing.

“I’ve heard the Ministry of Sport and the Government want to build 1,500 rinks and have 300 million young people playing winter sports in the next six years.

"The potential of what that could do for the sport and the business of hockey is enormous.”

Bettman claimed the NHL’s participation at the 2022 Winter Olympics in Beijing had not been discussed with officials during a recent trip to China.

He insisted they were more concerned about receiving help from the NHL with their aim to increase the country’s participation in winter sports.

The NHL is planning to play two exhibition games in China in September, when the Los Angeles Kings and Vancouver Canucks will travel to Shanghai and Beijing respectively.

In return, China intends to aid the NHL’s focus on growing its business in the country.

A deal could yet be reached for Pyeongchang 2018, with IIHF President René Fasel still negotiating with both the IOC and the NHL.

Fasel, a member of the IOC Coordination Commission for Beijing 2022, has given a mid-July deadline for a final decision to be made.

Bettman, however, said reports that the NHL might reconsider are untrue and reinforced this by confirming Tampa in Florida as the host city of its 2018 All-Star weekend on January 27 and January 28.

The All-Star weekend will be the first to be held in an Olympic year since 2002, when Salt Lake City staged the Games.