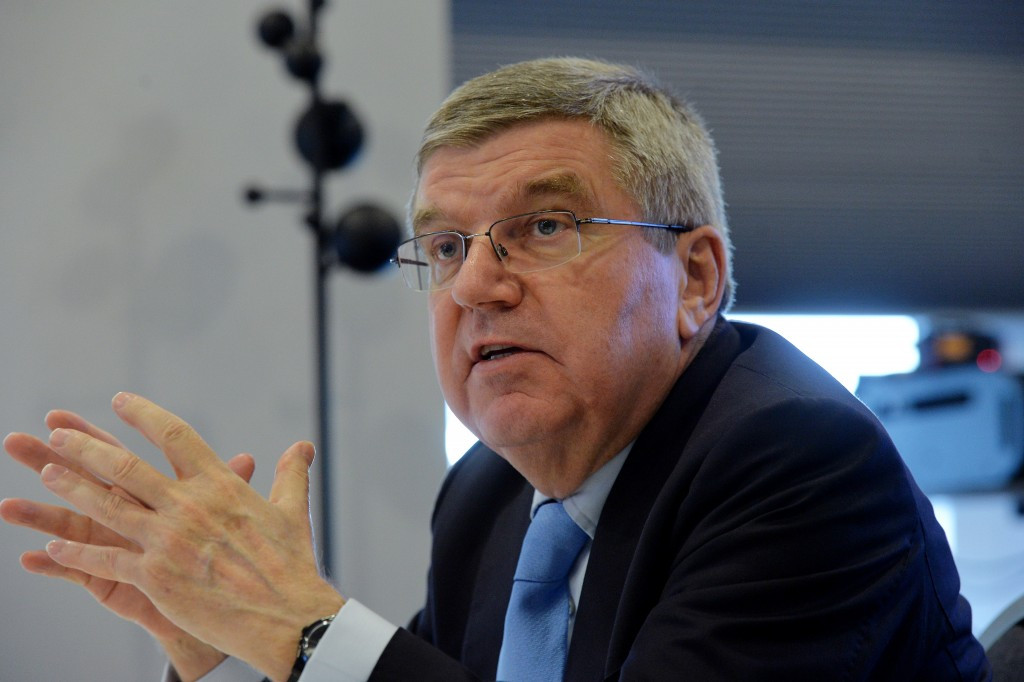 International Olympic Committee (IOC) President Thomas Bach remained coy on whether a deal could still be reached for National Hockey League (NHL) players to compete at Pyeongchang 2018 after the organisation announced they would not officially clear their athletes to take part.

Bach told insidethegames here at the SportAccord Convention that the offer from the International Ice Hockey Federation (IIHF) to cover the travel and insurance costs was "off the table" for both Pyeongchang 2018 and Beijing 2022.

The IOC President, though, refused to rule out the possibility of the NHL's star names heading to next year's Winter Olympics, despite the decision of the NHL not to allow the players to participate.

"We have to see," Bach said when asked by insidethegames if an agreement could still be reached.

“It is a huge disappointment for the players as they wanted to participate in the Olympic Games.

"The NHL had been offered the same conditions like in the Olympics before.

"Obviously they wanted something more and we still do not know what.

“The offer which was made by the IIHF to cover the insurance and travel costs, as was done for previous Games and, with which they were not satisfied any more.

"The offer by the IF was very clear that they would be ready to cover the travel and insurance costs for 2018 and 2022 and with the decision of the NHL this offer is off the table.”

IIHF secretary general Horst Lichtner also remained hopeful a deal could be struck but criticised the role of the NHL Players' Association (NHLPA).

The German laid the majority of the blame at the feet of the NHLPA, led by executive director Donald Fehr.

"We are still in discussions," Lichtner told insidethegames.

"I actually understand Gary Bettman and the NHL because the Players Association did not react for the last six months.

"Things are on the table and they are not moving.

"If you know that your main stakeholders, the players, want to play the Olympics – they’ve stated it and repeated it constantly over the last six months – and the PA [Players' Association] doesn’t move and doesn’t sit down to the table, what would you do if you were the NHL?

"Gary said on the phone are players are starting this weekend and we want them to concentrate on the sport so they said lets put an end to this whole thing.

"But he also said that if there was anything substantial changing now, with that statement, he is always ready to discuss.

"It won’t be long but it is not over.

"Everybody puts everything into the effort to make the best Olympic winter sport tournament happen and there is one party who doesn’t do anything and is just demanding all the time.

"If we have some movement from all the sides and we could still do it."

The NHL said they were unwilling to disrupt their season in order to allow the players to take part at Pyeongchang 2018 and claimed "no meaningful dialogue has materialised" after months of deadlocked discussions.

The NHL is trying to tap into the lucrative Chinese market.

Last night's announcement means players from the NHL, the world's most high-profile ice hockey league, will not compete at the Winter Olympics for the first time since Lillehammer 1994.

It remains possible, however, that some may defy the league's stance and head to represent their country at the Games in the South Korean resort.

A number of the game's top stars, including Russia's Alexander Ovechkin, who plays for the Washington Capitals, have declared they will defy the NHL and compete regardless.

IIHF President René Fasel said the governing body were "deeply disappointed" at the NHL opting out of the Games and claimed fans of the sport had been "robbed" of the chance to see the NHL's leading athletes compete for their country at the Olympics.

"The IIHF is deeply disappointed to hear of Commissioner Bettman's decision not to have National Hockey League players take part in the 2018 Olympic Winter Games," said Fasel.

"While we respect the NHL’s reasons for not taking part, there is no hiding the fact that this is a decision that will rob ice hockey fans of what is without a doubt the top best-on-best international ice hockey competition we have been privileged to enjoy since 1998.

"At the end of the day, ice hockey loses here."

The IIHF agreed to cover their travel and insurance costs was thought to be a key barrier in getting NHL players to play in Pyeongchang.

This was one of the main obstacles, along with the opposition from the NHL concerning the closure of the North American-based league.