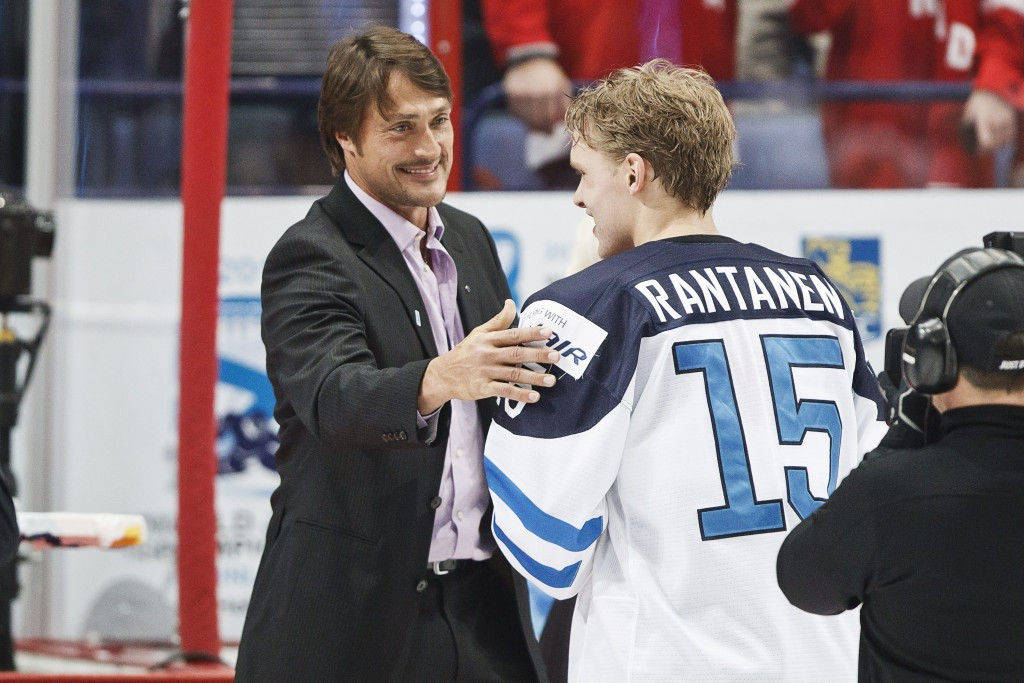 Teemu Selanne, who played in six Olympics for Finland, winning three bronze medals and one silver, said he thinks it is disappointing that players from the world's top league are not set to feature at next year's Games in Pyeongchang.

NHL bosses have said they are not planning on releasing players for the competition because of a decision made by International Olympic Committee (IOC) President Thomas Bach not to pay for travel costs to the South Korean resort.

The IOC have paid travel expenses at each Winter Olympics since Nagano 1998, when NHL players first featured at the Games.

Selanne, who with 43 points is the highest scorer in Olympic ice hockey history, was inducted to the Hall of Fame last month and in an interview published on the IIHF website, the 46-year-old said NHL players, including greats like Wayne Gretzky, have been delighted to feature at the Games.

"It's every player's dream to play, not just for your country, but at the Olympics," said Selanne, who played for four NHL teams during his career.

"Obviously a lot of players are very disappointed that we are not going to be in Korea next year, but you know, I hope everybody in the hockey world realises and gets the feeling that we need to be there.

"It’s a privilege for both the fans and the players.

"Playing six Olympics, it has been a big honour.

"I hope the [NHL] players will be in the Olympics in the future."

IIHF officials have been trying to negotiate with their NHL and IOC counterparts to get players at the Olympics.

Last month, IIHF President René Fasel said the discussions were still ongoing and that a final decision would not be made until July.

However, NHL Commissioner Gary Bettman has said recently that the league's position has not changed from their comments made on April 3 which said they will not send players to Pyeongchang.

Some players including Russia’s Alex Ovechkin have said they are considering competing at the Games even if they do not receive backing from the league.