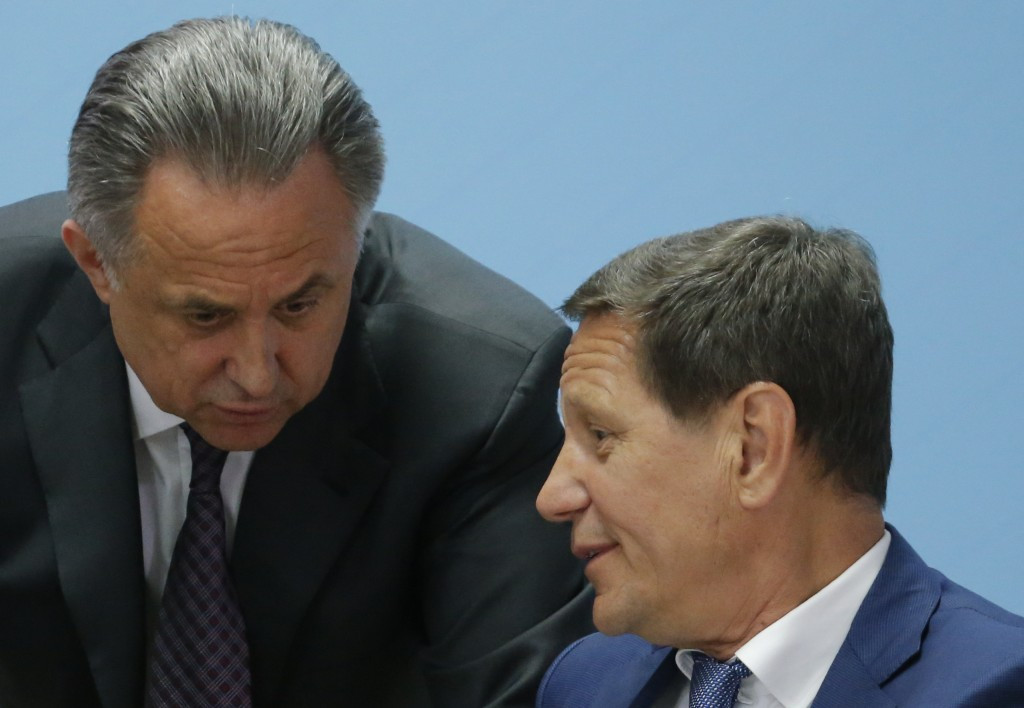 Russian Olympic Committee (ROC) President Alexander Zhukov has warned boycotts and suspending athletes from Pyeongchang 2018 would be "dangerous" and could cause a "new rift" within the Olympic Movement.

Zhukov, a member of the International Olympic Committee (IOC), also claimed the entertainment value of next year's Winter Olympic Games in South Korea would be reduced should Russia be banned from competing.

"It is a very dangerous thing which may cause a new rift in the Olympic Movement," Zhukov said, according to Russia's official Government news agency TASS.

"Boycotts and suspensions will lead nowhere as far as sports is concerned.

"So I am glad that the IOC has been preventing such attempts."

The findings in the McLaren Report, which produced evidence that more than 1,000 Russian athletes were allegedly implicated in a scheme where samples were tampered with and manipulated at events including the 2014 Winter Olympic and Paralympic Games in Sochi, prompted calls for the country to be completely excluded from next year's event n South Korea.

Two IOC Commissions are currently investigating the evidence about Russia's performances at Sochi 2014 and defining their eligibility at Pyeongchang 2018.

The result of the two Commissions are thought to be crucial in deciding the extent of Russian participation at Pyeongchang 2018.

Last month, it was reported that the German Olympic Sports Confederation suggested a blanket ban should be imposed on Russia from Pyeongchang 2018.

Russia are already facing the prospect of missing the Winter Paralympics in Pyeongchang as they are banned by the International Paralympic Committee.

"If we assume that Russia does not participate, then the world will neither witness an intense hockey tournament nor see our gorgeous figure skater Evgenia Medvedeva and many others," added Zhukov.

"In this case, the Games will lack the entertainment value.

"As members of various organisations, we have been striving to ensure the unity of the Olympic Movement and its values for we believe it is a crime to try to turn sports into political weapons."

WADA President Sir Craig Reedie hinted they could regain compliance at the next Foundation Board meeting in Seoul on November 16.

Part of four key requirements for reinstatement was met yesterday when Yelena Isinbayeva officially resigned as chair of RUSADA.

The double Olympic pole vault champion and world record holder was replaced by Ernst and Young partner Alexander Ivlev, who will perform the role on an interim basis.