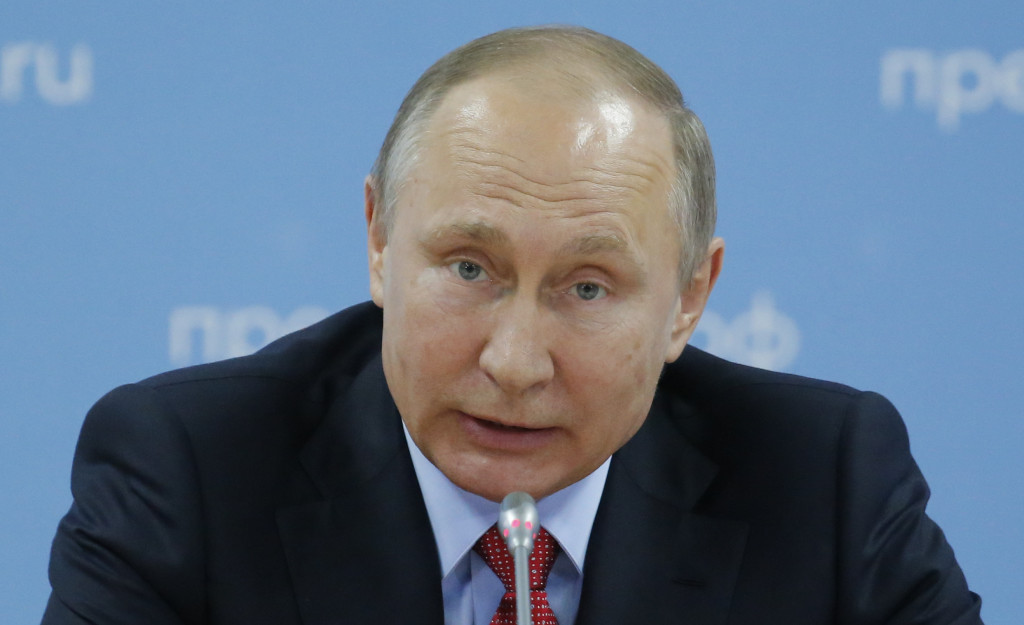 Today, Vitaly Smirov, an International Olympic Committee (IOC) member who heads the Commission which was set up by Putin last year to look into combatting anti-doping issues in Russia, revealed proposals the IPADC thinks will help transform the reputation of the nation's athletes.

Among the main points of the plan, which the IPADC say should be implemented before the end of the year, is taking back prize money and awards from those who breach anti-doping rules.

They have also suggested allocating more funding to test Paralympic athletes, create agreements with whistleblowers to give them legal protection in exchange for helping investigations and preventing those who break anti-doping rules from holding state or non-state posts in physical culture and sports.

It comes a day after the International Paralympic Committee (IPC) confirmed their Taskforce had recommended Russia’s membership remain suspended as a number criteria to earn reinstatement had not been met.

Speaking at a session of the Council of the Physical Culture and Sport Development in Russia in Krasnodar, Putin praised the plan.

“We all know under what conditions they (specialists) had been working on the plan and it was enormous work based only on the principles of clean sports,” he said, according to TASS.

“I agree with a proposal that the commission should carry on with its work and undertake the authority of an independent monitoring and control over the implementation of measures, which the Russian government must approve in the near future based on this document.”

The Russian Paralympic Committee (RPC) was suspended after the World Anti-Doping Agency (WADA)-commission McLaren Report claimed doping samples from their athletes had been manipulated to hide positive tests at events including the Sochi 2014 Winter Olympics.

This led to a complete ban for the country’s athletes at the Rio 2016 Paralympic Games.

Should the reinstatement criteria not be met by September, the IPC have warned that the ban could continue through to the Pyeongchang 2018 Winter Paralympics.

The Russian Olympic Committee were not entirely banned from the Rio 2016 by the IOC, although certain sports governing bodies including the International Association of Athletics Federations (IAAF) and International Weightlifting Federation (IWF) did block entries to the Games.

In athletics, the only Russian competitor was Darya Klishina after the long jumper was able to prove she had trained in an effective anti-doping programme outside of her home country.

It was stated last week during the WADA Foundation Board meeting in Montreal that there is confidence that the Russian Anti-Doping Agency (RUSADA) will have fulfilled requirements to become compliant again by November.