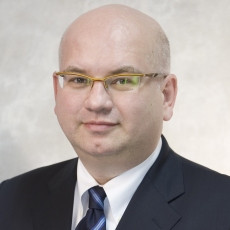 Ernst and Young partner Alexander Ivlev has been named acting chairman of the Russian Anti-Doping Agency (RUSADA) after Yelena Isinbayeva officially resigned from the role at a meeting today.

Ivlev, who leads the global accountancy firm's Russian operation, had previously served as deputy chairman and could still be appointed as Isinbayeva's permanent successor.

The removal of the double Olympic pole vault champion and world record holder from her position is a key requirement outlined by the World Anti-Doping Agency (WADA) in order for RUSADA to be declared compliant.

RUSADA, which has been non-compliant since November 2015 following findings in a Independent Commission report, also confirmed that she would remain a member of the supervisory board.

This is not thought to affect the reinstatement process as WADA's criteria only relates to the roles of chair, vice-chair and President.

"I know that now I need to make way for a new chairman who will complete RUSADA’s full reinstatement.

"I will work and implement anti-doping programmes.

"I am simply transferring my seat to a new chairman."

RUSADA were given a boost by the WADA Foundation Board at a meeting earlier this month as deputy secretary general Rob Koehler said they may be able to resume testing as early as the beginning of June.

Koehler revealed RUSADA was on its way to completing four crucial criteria set out by WADA, who urged the organisation to ensure there is an independent chairperson and to install a conflict of interest policy.

He said these ideas had been accepted.

The rule regarding access to Athlete Biological Passport samples has already been met.

RUSADA is also in the process of opening up the "closed cities" to doping control officers, it was claimed.

Koehler admitted to insidethegames that Isinbayeva's outspoken opposition to the doping accusations levelled at Russia was one of the reasons behind the decision to ensure she is no longer the chairperson of RUSADA.

Isinbayeva's appointment had caused controversy and was opposed by WADA as a result of the 34-year-old's criticism of the decision by the International Association of Athletics Federations (IAAF) to ban Russian track and field athletes from international competition.

The Athens 2004 and Beijing 2008 women's pole vault gold medallist also dismissed the McLaren Report, which produced evidence that more than 1,000 Russian athletes were allegedly implicated in a scheme where samples were tampered with and manipulated at events including the 2014 Winter Olympic and Paralympic Games in Sochi, as a "political act".

However, WADA President Sir Craig Reedie told insidethegames that the decision was not personal towards Isinbayeva, who also won a bronze medal at London 2012, and was merely part of the process detailed in RUSADA's roadmap.

"WADA can confirm that Alexander Ivlev has been elected chair of the RUSADA supervisory board," a WADA spokesperson said in a statement sent to insidethegames.

"Mr Ivlev is one of the independent members of the Board, a key requirement for the position, as outlined in RUSADA’s roadmap to re-compliance."