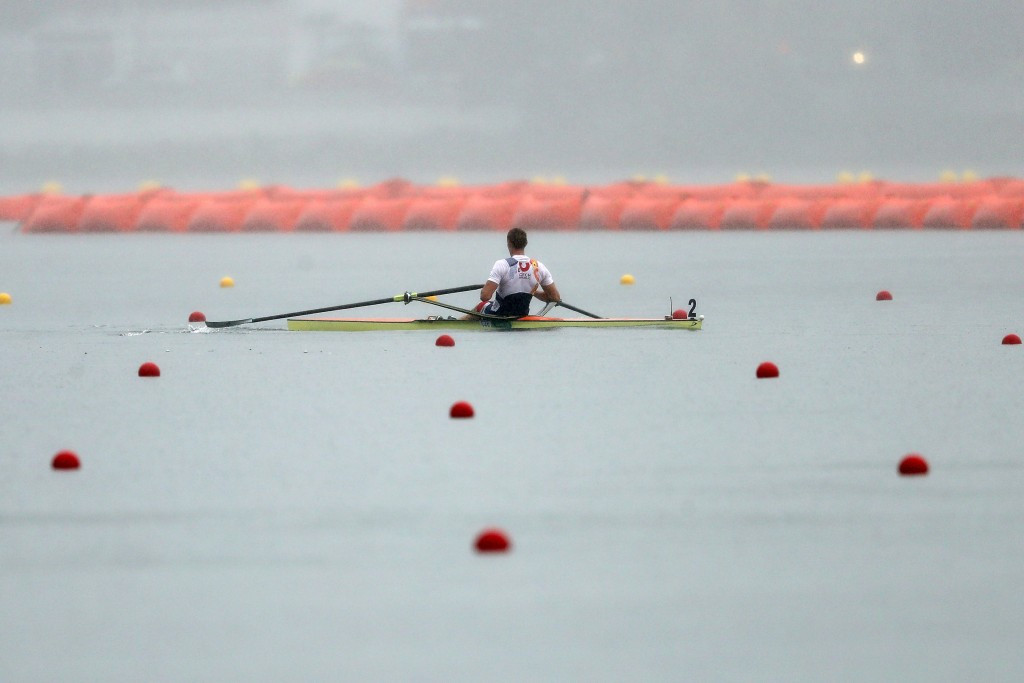 Three-time Olympic medallist Ondřej Synek delivered gold for the host nation at the European Rowing Championships as he powered to victory in the men's single sculls event in Račice.

Synek, who won bronze at last year's Olympic Games in Rio de Janeiro and silver medals at Beijing 2008 and London 2012, topped the podium for the Czech Republic after clocking a time of 6min 48.130sec.

Damir Martin of Croatia, second in the final at Rio 2016, was again forced to settle for silver, while bronze went the way of Stanislau Shcharbachenia of Belarus.

Synek's success was one of two triumphs for the hosts on a packed day of finals in the Czech village.

Kristyna Fleissnerova and Lenka Antosova roared to the title in the women's double sculls race, crossing the line in 7:04.750.

The Czech duo finished in front of Dutch pairing Marloes Oldenburg and Lisa Scheenaard, with Kiri Tontodonati and Stefania Gobbi of Italy taking home the bronze.

There was a surprise result in the men's four as the Italian crew, comprised of Marco Di Constanzo, Giovanni Abagnale, Matteo Castaldo and Domenico Montrone stunned the rest of the field with a time of 5:54.520.

Romania were second, pipping Russia to the silver medal, as Olympic champions Britain languished down in fifth place.

Italy already had a title to their name on the final day as Matteo Lodo and Giuseppe Vicino, part of the Olympic men's four team which clinched silver in Rio, won the men's pair event.

The duo finished the race in 6:22.580, with Valentin Onfroy and Theophile Onfroy of France doing enough for silver.

Milos Vasic and Nenad Besik of Serbia were the recipients of the bronze.

Filippo Mondelli and Luca Rambaldi continued the success for Italy as they triumphed in the men's double sculls in a time of 6:20.920.

Olympic champions Jeremie Azou and Peirre Houin of France continued their dominance of the lightweight men's double sculls as they added another gold to their collection.

In a near-repeat of the Rio 2016 final, Azou and Houin stopped the clock at 6:17.670, nearly three seconds in front of Irish challengers Gary and Paul O'Donovan.

Stefano Oppo and Pietro Ruta of Italy put another medal on their country's tally at the event with bronze.

"We are very happy about the final," said Azou.

"We were not present in the first World Cup, but we had a good preparation in France.

"We are still a young boat and every event is a progression."

The German women's quadruple sculls crew were another set of Olympic champions to claim European glory as Daniele Schultze, Charlotte Reinhardt, Frauke Hunderling and Frieda Haemmerling wrapped up victory in 6:24.080.

Weronika Deresz and Martyna Mikolajczak of Poland were seventh in the women's lightweight double sculls competition at last year's Olympics but were top of the pile in today's event, racing home in 6:58.550.

Ilse Paulis of The Netherlands, part of the boat which sealed the Olympic title in the Brazilian city, and new partner Marieke Keijser were second, while Katherine Copeland and Emily Craig claimed bronze for Britain.

Victoria Thornley ensured Britain, traditionally one of the sport's strongest nations, would take home a European crown as she reigned supreme in the women's single sculls thanks to a time of 7:34.230.

Ekaterina Karsten of Belarus was a close second, with Annekatrin Thiele of Germany securing bronze.

Romania were the victors in the women's eight, clocking 6:10.350 to beat The Netherlands and Russia, silver and bronze medallists respectively.

Germany claimed the men's honours in 5:28.030, while Poland sealed silver and the Dutch crew ended with bronze.