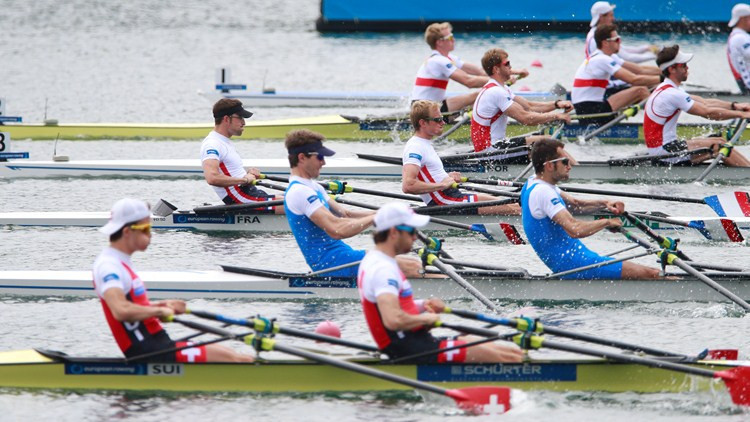 The 2017 European Rowing Championships are due to begin tomorrow in Czech village Račice, where more than 500 athletes from 34 nations are set to compete.

Great Britain and The Netherlands are sending large teams of 45 athletes each for the three-day event, while Italy will be entered in the most boat classes with representation in 15 out of a possible 18.

This includes the women’s four, which is new to the programme this year.

A large field of rowers representing 23 countries will start in the men’s single sculls, including the top boats from World Rowing Cup I, which took place in Belgrade earlier this month.

Both athletes will meet again in Račice, where they will be joined by multi-Olympic and world medallist Ondrej Synek of Czech Republic.

A multi-European champion, Synek will want to impress in front of a home crowd as he makes his first appearance this season.

The top boats in the lightweight men’s double sculls from World Rowing Cup I will be facing each other once again.

Britain’s Peter Chambers and Will Fletcher won gold, while Czech Republic’s Miroslav Vrastil and Jiri Simanek were the silver medallists and Poland’s Jerzy Kowalski and Milosz Jankowski rounded out the podium.

The World Cup final saw the top four boats finish within one-and-a-half seconds of each other with Rio 2016 silver medallists Gary and Paul O’Donovan of Ireland in fourth.

They will also be racing in Račice and as the reigning European champions are expected to be in contention for a medal.

Much attention will also be on the return of Olympic champions Jeremie Azou and Pierre Houin of France.

In the lightweight women’s double sculls, the gold and silver medallists from World Rowing Cup I - Poland’s Weronika Deresz and Martyna Mikoajczak and Britain’s Katherine Copeland and Charlotte Booth respectively - will be racing again.

Deresz and Mikoajczak finished seventh overall at Rio 2016, while Copeland won London 2012 gold in this boat class and continues the partnership she began in 2015 with Booth.

Another duo to look out for will be The Netherlands’ Ilse Paulis and Marieke Keijser.

Italy has taken two members of their bronze medal-winning Olympic men’s four, Matteo Lodo and Giuseppe Vicino, and will be racing them in the men’s pair.

This will see Lodo and Vicino up against the winners of World Rowing Cup I, Britain’s Jacob Dawson and Matthew Rossiter.

Russia is taking advantage of the recent rule change that allows coxswains of either gender to cox the men’s or women’s eight.

Evgenii Terekhov will steer Russia’s women’s eight as they face the likes of Britain, the European champions and Rio 2016 silver medallists.

In the men’s eight, long-time rivals Germany and Britain will race each other for the first time this season.

They both have line-ups different from their crews at Rio 2016, where Britain won gold and Germany claimed silver.

The finals are scheduled for Sunday (May 28).

The European Rowing Championships have been staged since 1893 and it is one of the longest-running sport events on the international calendar.

After a hiatus, they were reinstated in 2007.

The Championships are open to the 43 European National Rowing Federations, including Israel.