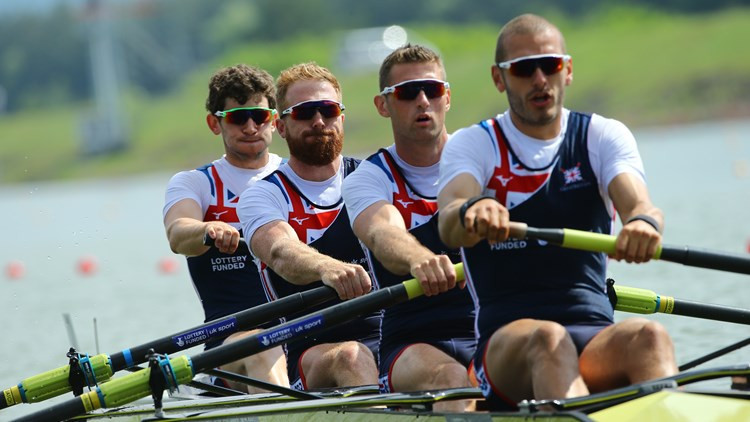 Defending champions Great Britain won their men’s four heat today to progress through to the semi-finals on the opening day of the European Rowing Championships in Czech village Račice.

The quartet of Matthew Tarrant, William Satch, Callum McBrierty and Mohamed Sbihi clocked a time of 5min 59.710sec to win heat three ahead of fellow qualifiers France and Romania.

The Netherlands triumphed in heat one in 5:57.090 as Spain and Germany took second and third place respectively.

Britain also performed strongly in the women’s single sculls with Victoria Thornley comfortably winning heat one to earn the sole direct passage to the final on Sunday (May 28).

Thornley posted a time of 7:42.230 to beat nearest challenger Lovisa Claesson of Sweden by 5.070sec.

Belarus’ Ekaterina Karsten was 4.32sec behind the Dane in the runners-up spot.

Britain will also be represented in the women’s pair and women’s quadruple sculls finals on Sunday.

The biggest field at the regatta lined up for the men’s single sculls with the four heat winners advancing through to the semi-finals.

Also making their mark today were Romania, who never dropped below 40 strokes per minute in heat one of the men’s eight and finished in a time of 5:42.960.

Olympic champions Britain ended up fourth and will have to contest the repechage.

More than 500 athletes from 34 nations are competing in Račice.