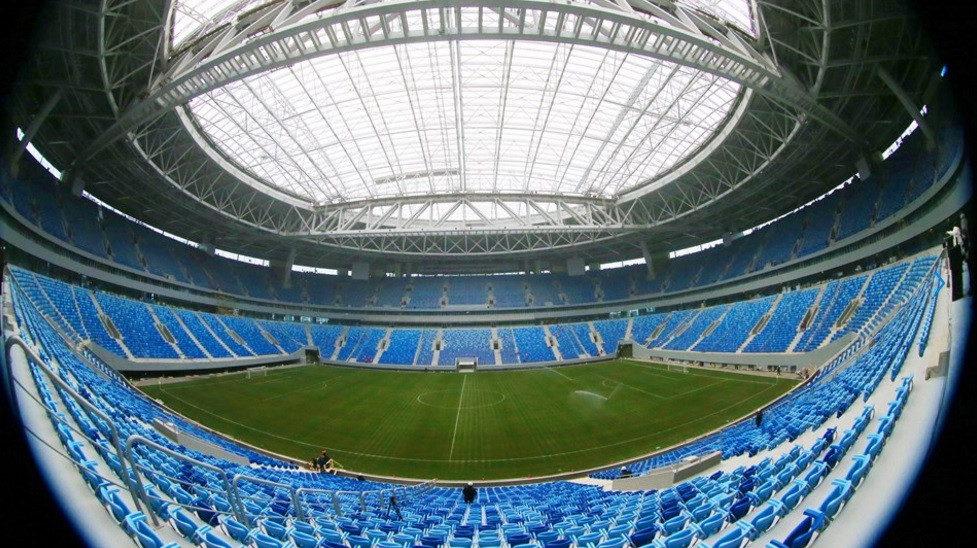 FIFA have claimed North Korean citizens are no longer working at the construction site for the Saint Petersburg Stadium - but admitted they were made aware of potential human rights issues involving employees from the nation in November.

It comes after reports that workers from the Asian nation helping to build the venue, set to be a key facility for next year's World Cup in Russia, were being kept in appalling conditions.

According to Russian news agency TASS, FIFA conceded that they were made aware of the presence of North Koreans at the construction site in a letter written by President Gianni Infantino to the heads of the Football Associations in Sweden, Denmark, Norway, and Iceland.

The FAs have since called for FIFA to launch an inquiry into whether there were any violations committed, it has been claimed.

Earlier this year, Norwegian magazine Josimar conducted an investigation, where they interviewed workers from North Korea about their working conditions.

They said the employees from North Korea were treated like "slaves" and "hostages".

"It then engaged in efforts to gain additional information on their labour and living conditions acknowledging the potential issues involving workers from this country.

"After the inspection visit, the issue was raised with the relevant companies.

"This conclusion is supported by information received separately from Building and Wood Workers’ International."

World football's governing body also confirmed there were no North Koreans working on any of the other 2018 World Cup construction sites, while the organisation condemned any human rights abuses.

"After the incidents in Saint Petersburg, FIFA and the Local Organising Committee have added systematic checks on the presence of North Korean workers in its inspections on all FIFA World Cup construction sites," their statement added.

"This includes a requirement for general contractors to provide a written statement regarding the presence of North Korean workers.

"To date, FIFA has not found any evidence of North Korean nationals working on other FIFA World Cup construction sites.

"If such evidence were found, FIFA would, as part of its monitoring system, take the necessary measures to address the situation.

"FIFA firmly condemns any human rights violation linked to its activities and, in collaboration with international and national trade unions, continues to follow up on any non-compliance, irrespective of the nationality of the workers involved."

Russian Foreign Ministry’s official spokesperson Maria Zakharova has hit out at critics of alleged human rights violations and insisted local officials are exercising "strict control" over the construction sites at venues due to be used at the tournament.

Zakharova stressed that the reports were "highly selective" and accused organisations of using the human rights issue - which has been frequent surrounding construction of venues at both the 2018 and 2022 World Cups - for "political purposes".

"As for the terms of employment and stay of North Korean workers, who were mentioned in the documents forwarded to various international organisations - and ones that got so agitated about human rights - these issues fall into the realm of Russian labour and immigration laws," Zakharova said according to TASS.

"The relevant Governmental agencies exercise strict control over the issues of migration and that’s why there competent people to watch of the observance of guest workers’ rights in Russia.

"Regrettably, this fervent attention towards rights is highly selective and it has turned into an instrument of political contentions.

The news comes prior to the start of the Confederations Cup in Russia, which begins on June 17 and concludes on July 2.