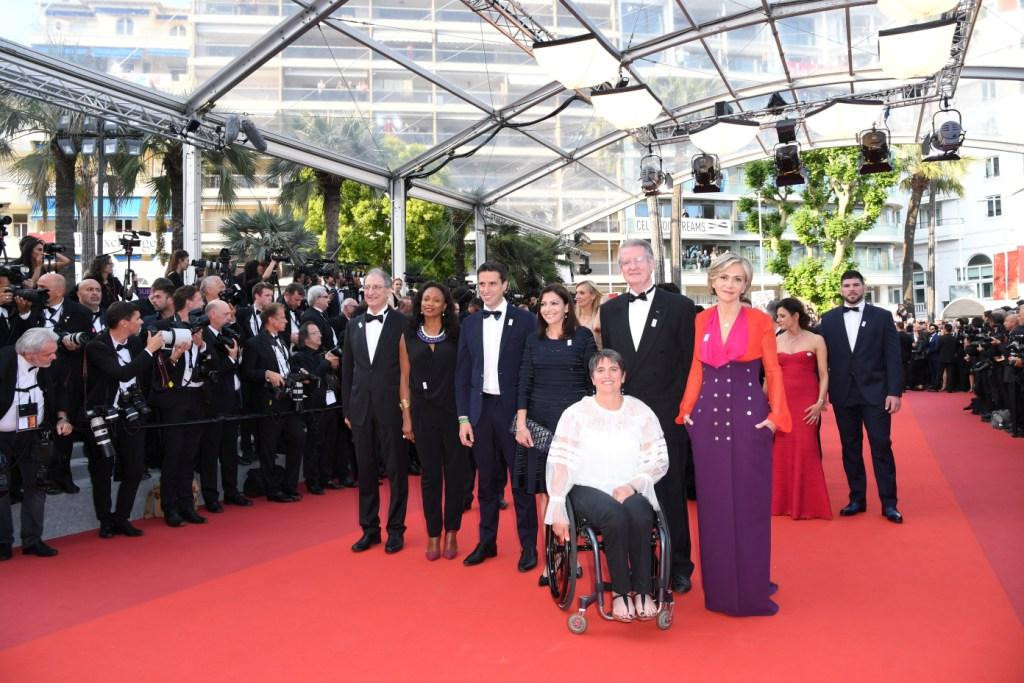 In a reminder that France has a thriving film culture, as well as sole rival Los Angeles, the delegation received a special invite from Festival President Pierre Lescure.

They climbed the famed 24 steps of the red carpet before an outdoor screening of the film Chariots of Fire - an Oscar winning 1981 film about two British athletes participating at the Paris 1924 Games.

"Paris is proud to be one of the cinema capitals of the world with the city providing the backdrop for greatest number of film shoots and one of the highest numbers of cinemas per capita of any city.

"Hosting hundreds of filmmakers and their crews every year, and screening films from every country every day, this is one of the ways in which our city opens itself up to new perspectives and enriches itself with other cultures.

"This sense of sharing, this spirit of openness, can be found in the candidature of Paris 2024."

"Cinema and modern sport were born at the same time," added Lescure and Thierry Frémaux, President and director general of the Cannes Film Festival, in a joint statement.

"The Cannes Film Festival is a manifestation, which, like the Olympic Games, celebrates those who dream and provoke emotion.

"It is above all the symbol of a France that is open to the world and welcomes the cultures of all countries.

"By joining the Paris 2024 Bid Committee for this 70th edition, we support the ambition to host the Games and reaffirm that sport and culture share in this celebration."

A host city is due to be chosen out of Paris and Los Angeles at the IOC Session in Lima on September 13.

It is possible that one of the two cities could also be awarded the 2028 edition in the Peruvian capital.