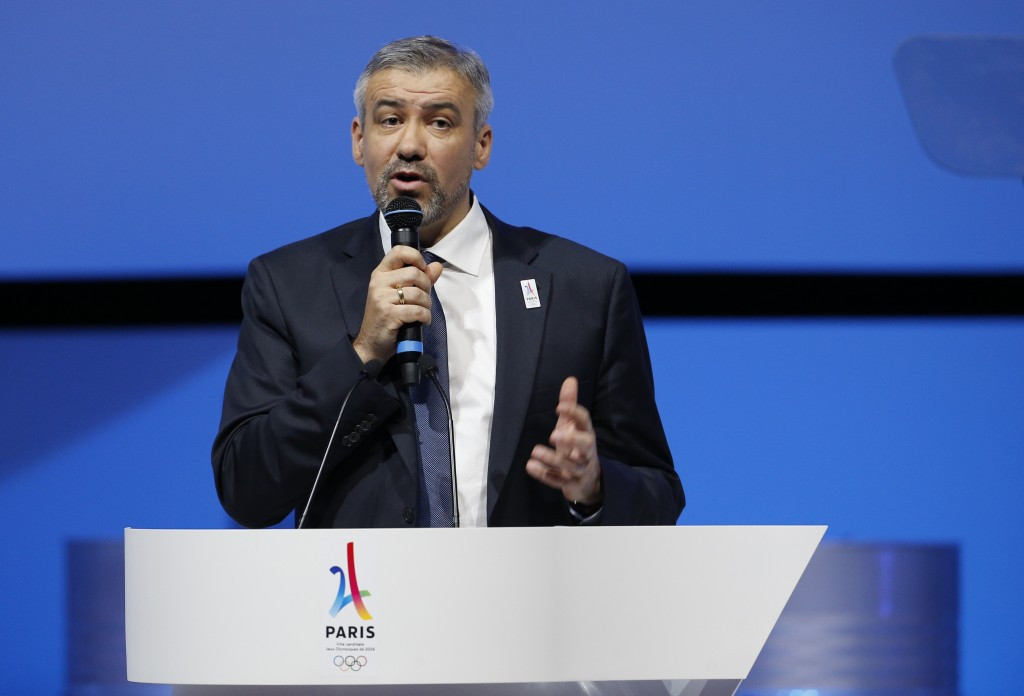 Paris 2024 chief executive Étienne Thobois has claimed that there is no risk of spiraling costs if the French capital is successful in its Olympic and Paralympic bid.

Thobois, speaking at the end of an International Olympic Committee (IOC) Evaluation Commission inspection here, also denied any conflicts of interest after his Keneo, the marketing and strategy company he founded in 2008, were hired by Paris 2024 in a consultancy capacity.

He also defended his role as a technical consultant for a Tokyo 2020, a role which included setting the budget, which has risen significantly since the Japanese capital was awarded the Olympic and Paralympic Games.

The 49-year-old former Olympic badminton player was responsible for advising Japanese organisers on aspects including finance in a project.

He claimed he was not responsible either for these figures or for Paris 2024.

"I was not involved during my Tokyo work in the projection costs in construction," Thobois, the chief financial officer for the 2003 International Association of Athletics Federations World Championships in Paris, said.

"This was made by local people who knew their territory, I am not an engineer.

"I don't do costing of infrastructure and, to be clear, I didn't do it for this bid either."

Budget estimates have been drawn-up by other groups, he said, including by Egis Conseil Bâtiments.

"What we have here is something that we do control," he said.

"We know about the area where we have to build, there is a lot of construction in the area so we have a lot of data and things to work on.

"We are very confident.

"Here we have a very narrow investment project.

"We are talking about a swimming pool, plus 3,000 homes [in Athletes' Village] and 1,500 homes [in Media Village] considering that we are building 70,000 in this area every year.

"It's a significant project, but this mega city is undergoing tens like that every year.

"Frankly, we have no concern about our ability to deliver especially given the support we have had from the relevant authorities."

Paris' sole rival Los Angeles are hailing the fact that they require no new venues and are dependent on no public funding as a major strength of their bid.

They do, however, require much private investment for renovating key venues, including the Los Angeles Memorial Coliseum, due to the stage the Opening and Closing Ceremonies and athletics.

Thobois served as an IOC advisor and a member of the Evaluation Commission for the 2016 Games awarded to Rio de Janeiro in 2009.

This is the third Olympic and Paralympic Games bid from Paris that Thobois has worked on.

He was involved in helping set the budget for their unsuccessful campaign for the 2008 Olympics, awarded to Beijing.

Thobois was the planning and sport director for the bid for 2012, a Games awarded to London.

Keneo was then acquired by Japanese giants Dentsu in December 2016.

Thobois claimed he has absolutely no involvement in the company now and no possibility to return post-Paris 2024.

"I sold my shares to partners and they sold to Dentsu," he said.

"I had this opportunity to be involved in this bid to bring the Olympic back to France which has always been a dream for me.

"I have never hesitated for one second.

"It was not a business decision and I have never regretted it.

"I have no link and no option to come back."

"We are absolutely confident it is a realistic budget which fits the programme that Paris 2024 wants to put in place," said Evaluation Commission chair Patrick Baumann.

A host city is due to be chosen at the IOC Session in Lima on September 13.