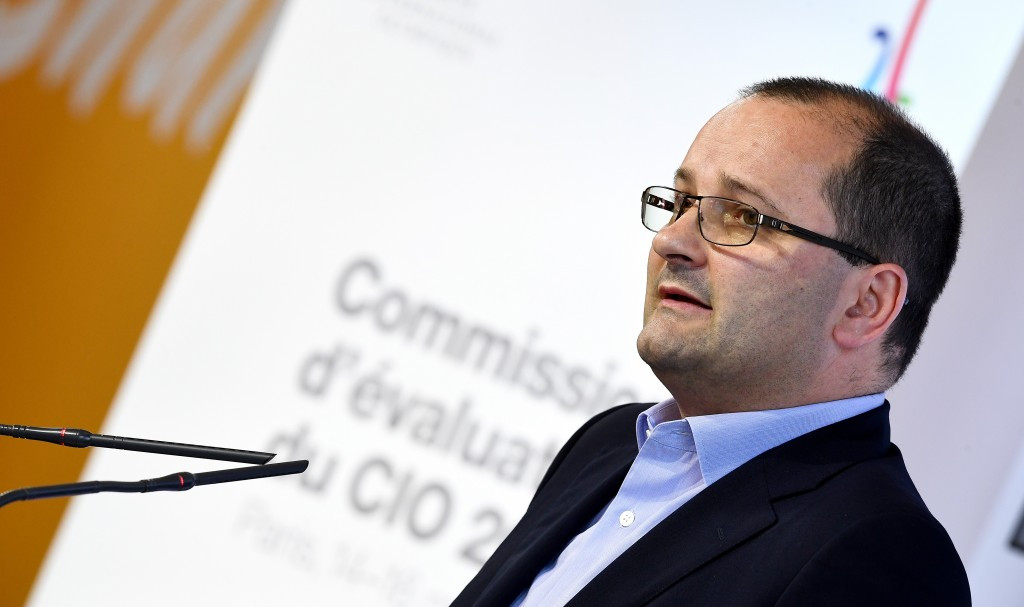 Further cost-cutting measures will be sought to trim the budget of the city awarded the 2024 Olympic and Paralympic Games, it was revealed here today.

He claimed that many IOC members used public transport during Rio 2016 and also do so when visiting Paris in a private capacity.

It had been suggested that if IOC members used public transport, rather than having their own individual car and driver, it would help restore some public faith in the Olympic Movement.

"The IOC will have a discussion once the Games are awarded to a city on how we can optimise further aspects and save costs," Baumann said at the end of the three-day IOC Evaluation Commission visit.

"It will be done in partnership with the Organising Committee.

"I'm sure this will involve aspects related to transport.

"Many IOC members used public transport to go around in Brazil during the Olympics.

"It depends on what they have to do: if they have to run between one and the other, they might need specific transport.

"I believe there is no single IOC member, I don't know all of them, but I am sure they have all enjoyed public transport when visiting Paris in a private capacity."

VIP transport is an area for which IOC members are often criticised by anti-Olympic groups opposing costs associated with the Games.

Baumann insisted that the IOC is working hard to change its image in order to avoid repeats of the bidding problems which culminated in the Salt Lake City 2002 corruption scandal, which had led to the expulsion of six members.

French prosecutors investigating corruption in world athletics last uear expanded their remit to include the bidding and voting processes for the Rio 2016 and Tokyo 2020 Olympic and Paralympic Games.

"We are at heart of the IOC are always trying to make sure that everything is done in best interests and full respect of Olympic values," said Baumann.

IOC executive director for the Olympic Games Christophe Dubi believes that each Evaluation Commission to Los Angeles and Paris visit has cost around half the sum paid during the inspection process for the 2020 edition.

For that campaign the IOC Evaluation Commission visited Istanbul, Madrid and Tokyo before the Games were awarded to the Japanese capital.

For this year's visit the IOC have made the visits shorter and used less equipment and advisers.

Dubi did not give an exact figure, however, for the cost of either the 2020 or 2024 inspection.

Paris 2024 have produced an "excellent proposal", Baumann said, built around a "robust Games concept" and "remarkable sites around historic buildings and landmarks".

He singled out the proposed Athletes' Village site at Saint Denis for particular praise.

Los Angeles 2024 had cited their plans to use existing student accommodation at the UCLA campus as a particular strength of their bid.

"The fact that the Village exists or has to be built is not important," Baumann said.

"What is important is the final result.

"I think the two proposals [from Los Angeles and Paris] are perfectly aligned to these concepts."

Baumann confirmed that their Evaluation Commission report is due to be published on July 5, the week before the IOC Candidate City Briefing in Lausanne the following week.

A host is then due to be selected at the IOC Session in Lima on September 13.

Newly-elected French President Emmanuel Macron today told the IOC Evaluation Commission that he planned to travel with Paris 2024 to both events to support their campaign.