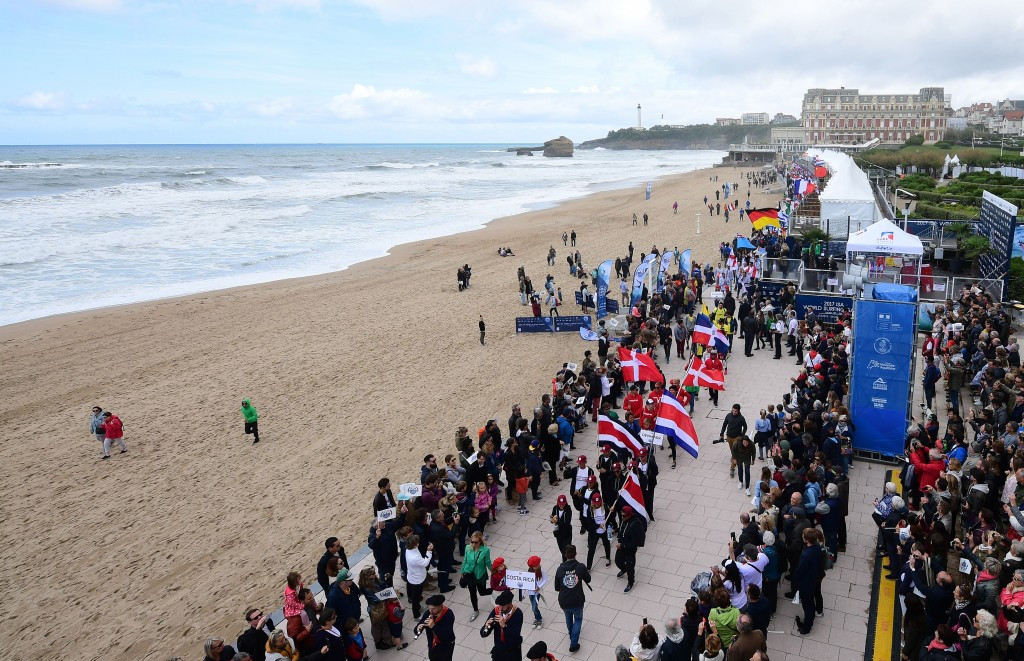 Biarritz, a hotspot of surfing in Europe, is the first host of the World Surfing Games since it was added to the Olympic programme for the Tokyo Games in 2020.

All of which have taken place since Paris' candidature for the 2024 Olympics and Paralympics was launched.

"With the organisation of the Word Surfing Games in Biarritz, France once again demonstrates its passion for all sports," Lapasset said.

"Our country is once more hosting an international surfing competition, something we have not done since 1992, and one that comes at a great time for the sport of surfing following its inclusion on the Olympic programme for Tokyo 2020.

"This is a great opportunity to show how our country welcomes the world and hosts all Olympic sports in a festive and electric atmosphere, demonstrating once again our expertise in organising major international sporting events."

They will be trying to win individual and team medals.

ISA President Fernando Aguerre claimed yesterday that if Paris and Los Angeles were to be the next two Olympic host cities then surfing would definitely benefit.

Although both are battling for the 2024 Games, there is increasing speculation that the International Olympic Committee will also award the 2028 edition at its Session in Lima on September 13.

"Both of the candidate cities are places that understand surfing," Aguerre said.

"I have had several conversations with members of the Paris team and they all get our sport.

"It is the same with Los Angeles.

"I said earlier today that Biarritz is the California of Europe because it has all the surf shops and factories but California is the real thing.

"Both groups have embraced surfing in a good way.

"I think that there is a good possibility that surfing will continue to be in the Olympic movement especially if the 2024 and 2028 joint awarding happens.

The IOC Executive Board are due to meet on June 9 to consider plans to also award the 2028 edition this year.