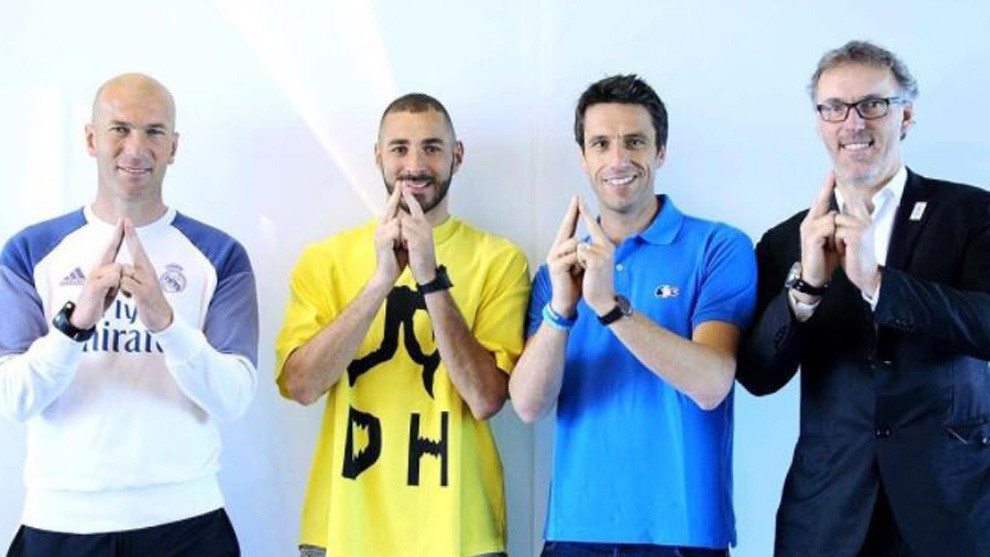 France's former football captain Zinedine Zidane was today unveiled as the latest ambassador by Paris 2024 to promote its bid to host the Olympic and Paralympic Games.

Zidane was capped 108 times by France during a career of which the highlight was scoring twice in his country's victory in the 1998 FIFA World Cup against Brazil at the Stade de France in Paris.

He appeared in a video shown here to coincide with the opening day of the International Olympic Committee Evaluation Commission alongside former team-mate Laurent Blanc and Karim Benzema, another French international and who now plays for Real Madrid, the Spanish club Zidane coaches.

Also appearing alongside them is Tony Estanguet, the three-time Olympic canoeing champion, now co-chairman of Paris 2024.

All four men are posing with their fingers in the shape of the Eiffel Tower, the symbol of Paris 2024.

Zidane, 44, had also backed Paris' last bid for the Olympic and Paralympic Games, when they were beaten for 2012 by London.

"I was involved in several bids, but this one is really close to our hearts," said Zidane.