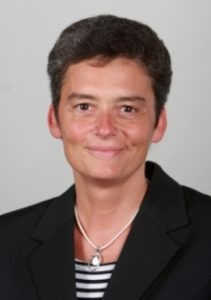 Lawyers representing Judit Farago have claimed the International Table Tennis Federation (ITTF) chief executive has yet to receive the official decision regarding her suspension by the world governing body, despite repeated requests for the information.

insidethegames revealed earlier this month that Farago had been suspended by the ITT, with a final decision expected to be taken on the Hungarian's future after the World Championships, due to be held between May 29 and June 5 in Düsseldorf.

Her suspension is believed to be related to a breakdown in relations with Thomas Weikert, the German who replaced Canadian Adham Sharara as ITTF President in 2014.

Lawyers for Farago have claimed an official decision regarding her suspension has yet to be provided by the organisation.

"This matter is now in the hands of lawyers for both sides we therefore refrain from providing any comment, except that until today we did not receive the formal, official decision of the ITTF Executive Committee on our client’s suspension, in spite of repeated requests to provide it," a statement read.

The ITTF have responded by stating that the case should be a matter between lawyers.

"The decision to suspend Ms Farago was one made by the majority of the ITTF Executive Committee," the ITTF told insidethegames in a statement.

"This matter has been passed to ITTF lawyers who are currently working on this case and in our opinion at this point of time it should be a matter between both lawyers, not others, until the legalities are cleared.

"For this reason, we are not able to comment more at this time."

In her absence, deputy chief executive Glenn Tapper is responsible for general ITTF matters and staffing and director of operations Raul Calin is in charge of World Championships, finance and Lausanne offices.

Farago, a former table tennis player, was elected as the ITTF's first ever female executive vice-president in 2003.

She switched from being an elected official to a professional staff position when appointed director of its new competition department in 2008.

Farago was appointed chief executive in 2011.

The World Championships will also see the IITF Presidential election take place, with Weikert standing for election for the first time in a bid to serve four more years in the role.

Belgium's former world number one Jean-Michel Saive is his only rival.

The election is due to take place in Düsseldorf at the ITTF Annual General Meeting on May 31.

Qatar's Khalil Al-Mohannadi withdrew in order to focus upon defending his position as vice-president.

He has since given his backing to Weikert.

Al-Mohannadi is one of six current vice-presidents standing again.

Sorling is the only female contender among the 14.

One of the eight successful candidates will be chosen as Deputy President following the election.