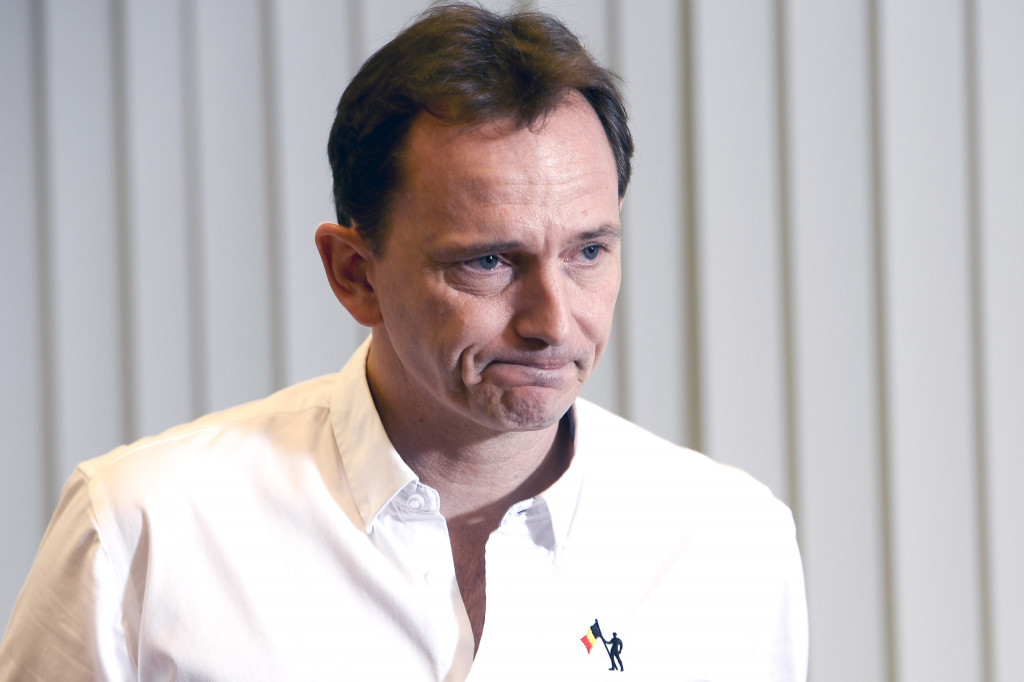 Jean-Michel Saive, who is challenging Germany's Thomas Weikert to become President of the International Table Tennis Federation (ITTF), has promised to bring "stability" to the organisation if he is elected.

Saive and Weikert are the only two candidates following the withdrawal of Qatar's Khalil Al-Mohannadi.

The pair agree on key ideas such as the proposed addition of men's, women's and mixed doubles events to the Olympic programme.

But Saive, the former world number one, is hoping his sporting expertise will help boost his campaign.

The 47-year-old Belgian is advocating a period of continuity to table tennis rules and is also hoping to encourage players from Europe and other areas to challenge Chinese dominance at the top of the sport.

"From the perspective of the players, I want to bring stability," Saive told insidethegames.

"There have been so many changes in recent years to the rules, the format and the balls we use.

"We have to give credit to them [China].

"They are working really hard and have the knowledge, coaching and numbers.

"But it is possible [to beat them].

"I did it and other players from our generation were able to.

"We have to learn what they do and find ways to practice with them.

"I counted, and in my career, I have been to China exactly 40 times - and this helped."

A rule change introduced before London 2012 meaning that each country can only enter a maximum of two players in Olympic singles competitions has helped, Saive said, as it has guaranteed that a non-Chinese competitor wins at least a bronze medal.

This could bring other benefits such as greater funding for the sport.

Chinese players have also partnered with two from Germany in doubles events at the World Championships, due to start on May 29 in Düsseldorf.

Olympic champion Ma Long has partnered with former world number one Timo Boll in the men's doubles and Petrissa Solja is playing alongside Fang Bo in the mixed doubles event.

Saive has less administrative experience than his rival but is currently serving as chair of the European Olympic Committees Athletes' Commission.

He failed to win election to the International Olympic Committee Athletes' Commission at Rio 2016, where those elected included Seung-min.

Savie, though, claims to be confident of success in the ITTF election.

"I believe I have a chance," he told insidethegames.

"Of course, I'm a competitor and will fight to the end.

"I may have less political insight but I have travelled to all continents and met with a lot of people.

"I want to try and bring table tennis to a higher level.

"We want to bring more attention to table tennis and encourage more people to come to the training hall."

One subplot to the election involves the current suspension of ITTF chief executive Judit Farago on full pay until after the election due to, what it is believed, to be a breakdown in relations with Weikert.

Another involves the role played by ITTF chair Adham Sharara, who stepped-down to be replaced by Weikert as President in 2014.

Weikert claimed in an interview with German newspaper Ruhr Nachrichten that Sharara was supporting Saive.

The Canadian did not confirm his views when contacted by insidethegames but did admit his relationship with the German had deteriorated.

"Over time, with some irreparable differences we lost trust in each other due to an accumulation of factors and incidents," he said.

Sharara is due to chair the meeting in the German city but has informed the ITTF membership that he will "recuse" himself from chairing the election portion.

This part will instead be supervised by an independent legal supervisor to remove any "perceived bias" during the process.

The election is due take place during the ITTF Annual General Meeting on May 31.