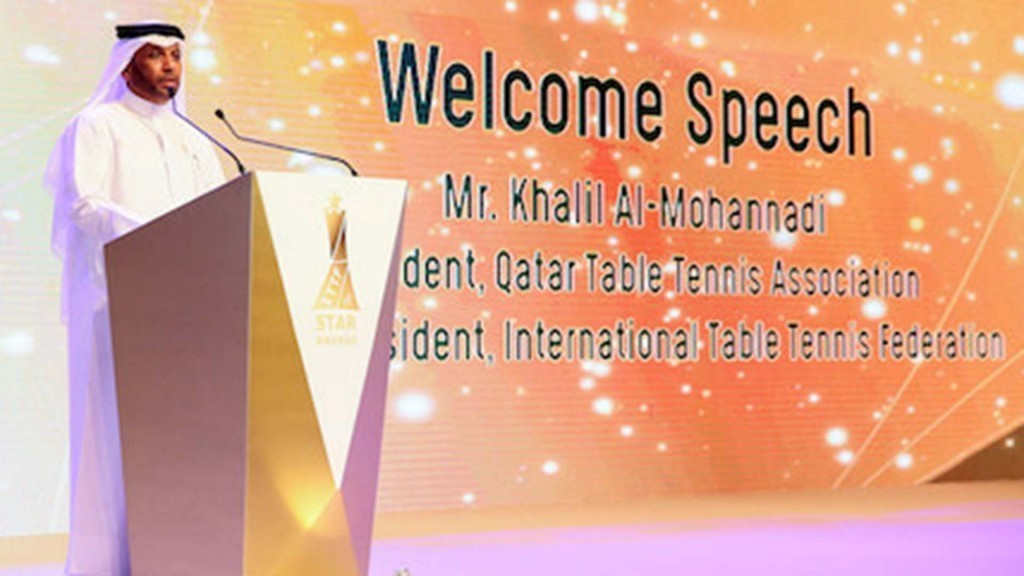 Qatar's Khalil Al-Mohannadi has withdrawn from the race for the International Table Tennis Federation (ITTF) Presidency and will instead seek to defend his vice-presidential position, insidethegames has learned.

This leaves a two-horse race for the top job between German incumbent Thomas Weikert and Belgium's former world number one Jean-Michel Saive.

Al-Mohannadi, also the Qatar Table Tennis Association President, is now listed in a document distributed among the ITTF membership, and seen by insidethegames, as one of 14 candidates for eight vice-presidential positions.

His name is no longer on the list of candidates for the Presidency.

No reason has yet been given for his withdrawal.

However, It follows speculation in recent weeks that the Qatari was going to withdraw at some stage.

Weikert remains the favourite to continue in the role as he seeks to be elected onto the post for the first time.

The German has served as ITTF President since September 2014, assuming the position automatically as he was Adham Sharara's deputy when the Canadian stepped down.

He has employed strategic communications agency Vero to help promote his campaign.

Saive is presenting himself as the best option to take the sport forward due to his playing experience as one of the greatest European players of the modern era.

He competed at seven straight Olympic Games from the sport's debut at Seoul 1988 right through to London 2012 and was also his nation's flagbearer at Atlanta 1996 and Athens 2004.

The 47-year-old was a member of the Belgian team which claimed silver at the World Championships in Osaka in 2001 behind the formidable Chinese and finished his career in the sport with six European Championships medals, including singles gold in Birmingham in 1994.

He is also chair of the European Olympic Committees Athletes' Commission.

Al-Mohannadi is one of six current vice-presidents standing again.

Sorling is the only female contender among the 14.

One of the eight successful candidates will be chosen as "deputy President" following the election.

Al-Mohannadi currently serves in this position.