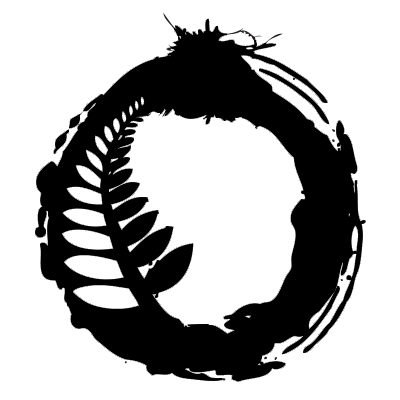 The New Zealand Parkour Association (NZPA) has expressed its support for the stance taken by Parkour UK and Fédération de Parkour (FPK) after claims of "encroachment and misappropriation" into the sport by the International Gymnastics Federation (FIG).

It comes a day after the FIG confirmed it has given its approval in principle for a new discipline based on obstacle course competitions.

The FIG's Executive Committee and Council approved the key stages for the discipline's formal inclusion at a recent meeting in Azerbaijan’s capital Baku, with a view to organising a World Cup series in 2018 and 2019 and World Championships from 2020.

The FIG Presidential Commission was mandated to continue pursuing using elements of parkour in a potential new discipline following their last meeting in Lausanne in February.

The worldwide governing body announced following the meeting that the FIG Executive Committee had been given a presentation on the development of obstacle course competitions, or parcours d'obstacles, and also parkour, exhibited at last year's Winter Youth Olympic Games in Lillehammer.

Last month, Parkour UK accused the FIG of "encroachment and misappropriation" and called for the signing of a Memorandum of Understanding (MoU), which would "formally acknowledge the recognised sovereignty of parkour/freerunning".

Other national governing bodies of parkour have also expressed their opposition to the FIG plans, with France's governing body, FPK, backing Parkour UK.

NZPA has now thrown its weight behind it.

"As the national representative of the parkour community within New Zealand it is our duty to look after the rights and interests of our practitioners, ensuring that our sport is neither misappropriated and/or encroached upon by FIG internationally and/or nationally by any of FIG's National Federation members," the body's letter to Watanabe reads.

"We look forward to your expedient response to these letters and engaging in transparent and open dialogue with the wider parkour community."

Gueisbuhler is quoted in the interview as saying: "I'm sure the FIG is the International Federation most qualified to further develop parkour."

In making yesterday’s announcement, the FIG moved to make a distinction between parkour and obstacle course competitions.

It is claimed that throughout the inclusion process of the new discipline, the FIG has been supported by the Mouvement International du Parkour, Freerunning et l'Art du déplacement, established in 2014 by the co-founders of parkour.

Before the Executive Committee's first decision on the issue in February, Watanabe undertook a trip to Lisses in the Paris suburbs to meet the current President of the Mouvement, Charles Perrière.

It is claimed the courses for these competitions, while mainly artificial, are based on real-world shapes found in urban and natural environments.

The first event under the FIG's auspices is due to take place on May 28 during the International Festival of Extreme Sports (FISE) in French city Montpellier.

Serving as a model for a proposed urban cluster at the 2020 Olympics in Tokyo and future Games, the 2017 FISE includes several other competitions, notably BMX freestyle, boulder climbing and roller skating.

Representatives from the International Olympic Committee (IOC) will be present to observe the new trends in view of Tokyo 2020.

For the organisation of these planned competitions and initiations, the FIG says it has partnered with Perrière, as well as with the United States' APEX School of Movement and The Netherlands' JUMP Freerun.

During their meetings in Baku, the FIG Executive Committee and Council approved a road-map outlining key steps in the inclusion process.

The FIG intends to start in early June by convening a meeting in Lausanne for representatives of existing International Federations and other interested parties, including major event organisers, to learn more about the FIG's processes, define common goals and establish the basis of positive collaboration.

The next FIG Executive Committee meeting in Vestfold in Norway at the end of July is due to decide on the organisation of a series of World Cup events in 2018 and 2019, together with the principle of holding World Championships in even years from 2018, although more likely from 2020.

FIG also intends to collaborate with the Mouvement in order to encourage the development of non-competitive practices, bringing its support to the humanitarian actions led by Peace and Sport and the IOC in refugee camps and in Olympic centres in Haiti and Zambia.