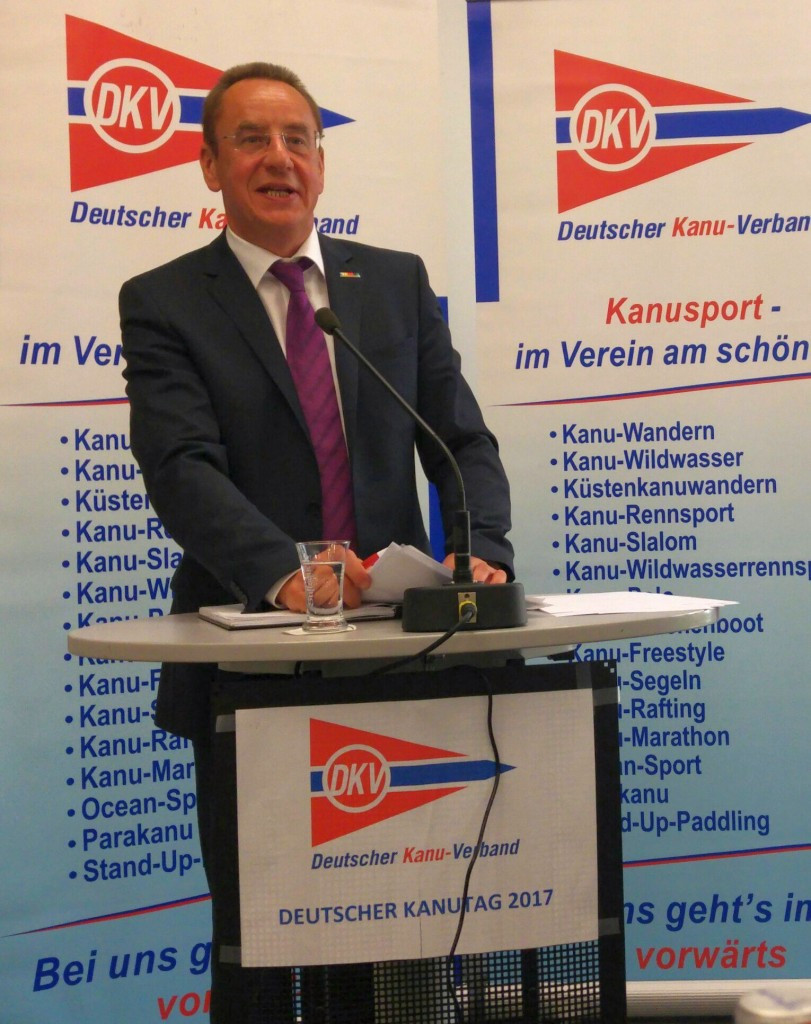 Thomas Konietzko has been re-elected as President of the German Canoe Federation.

Konietzko, who is also a vice president of the International Canoe Federation, was confirmed for another four-year term with his home governing body at the organisation's Congress in Essen.

The 53-year-old thanked his colleagues following his re-election.

"Our success is the result of our good teamwork," he said.

"The teamwork was excellent in the last years and so I am very happy and excited for the next stage together in the federation."

Germany's canoeists enjoyed a superb Olympic Games at Rio 2016 in August, winning four gold medals in a total haul of seven in the Brazilian city.

This saw the European nation finish at the top of the medals table.

All of the Olympic titles came in sprint competitions with Sebastian Brendel winning the men's C1 1,000 metres.

Brendel then teamed-up with Jan Vandrey to win the C2 1,000m crown.

The Games were, however, overshadowed by tragedy for Germany after canoe slalom coach Stefan Henze died following a car crash in Rio.

Henze, a former canoeist and an Olympic silver medallist in the C2 category at Athens 2004, was involved in a head-on collision with a concrete barrier while travelling in a taxi on August 12.

The country's flag was flown at half-mast across all Olympic sites.