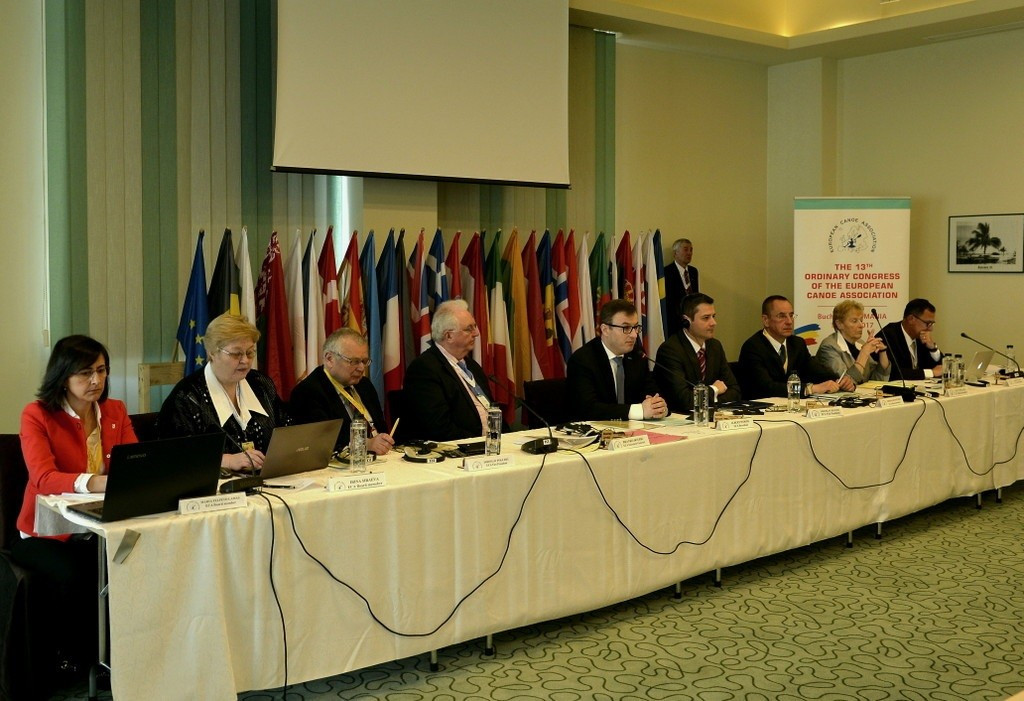 Slovakia's Miroslav Haviar has been re-elected as vice-president of the European Canoe Association (ECA) at their Congress in Bucharest.

Haviar will remain as one of the two vice-presidents of the organisation, along with the Czech Republic's Jaroslav Pollert.

The pair work underneath the ECA's President, Albert Woods of Britain.

It was also confirmed that Croatia's Branko Lovrić will remain as the ECA's secretary general, while Germany's Manuela Gawehn and The Netherlands' Elly Müller will serve on the Board with two and four-year terms respectively.

Hungary's Peter Karai has also joined the Board on a four-year term.

Previous member Irina Siraeva of Russia has opted to leave canoeing at international level, while Germany's Thomas Konietzko departed after his appointment as an International Canoe Federation (ICF) vice-president.

The ECA said the departing pair both received an award for their contribution to the organisation.

Jean Claude Dethise of Belgium was elected as the ECA's auditor at the Congress, with Spain's Marta Felpeto Lamas and Slovenia's Andrej Jelenc chosen to act as the ECA representatives within the ICF on two-year terms.

The organisation's secretary general Lovrić will also act as a representative, but on a longer four-year term.

The ECA Board used the Congress to announce the awarding of the 2019 and 2020 Canoe Slalom European Championships to Pau in France and British capital London respectively.

Solkan in Slovenia will stage the junior and under-23 event in 2020.

The 2019 Canoe Marathon European Championships were awarded to Decize in France, with the same year's dragonboat competition poised to take place in Russia's capital Moscow.

Congress host Romania will stage the 2020 Canoe Sprint European Championships, with the event set to take place in Bascov.

A decision was also taken to include an under-23 category as part of the Wildwater Canoeing European Championships.

A new ECA logo proposal was confirmed, while the financial report, statue changes and budget for 2017 to 2018 was also approved.