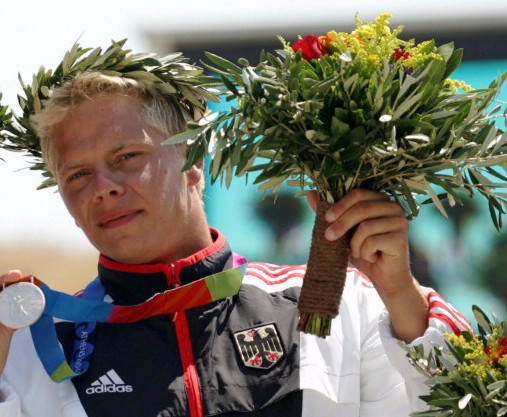 Henze, a former canoeist and an Olympic silver medallist in the C2 category at Athens 2004, was involved in a head-on collision with a concrete barrier while travelling in a taxi on Friday (August 12).

The 35-year-old had been in hospital since and was receiving emergency surgery.

He died today surrounded by his family.

“We know that Stefan’s own Olympic thoughts live on in many people,” his family said in a statement.

A black and white image of Henze has been posted by the German canoe team on its Twitter account.

“We are deeply sad,” they wrote alongside it.

“Rest in peace, Stefan - you will stay in our hearts forever.”

Sports scientist Christian Kaeding was also in the taxi alongside him when it crashed close to the Olympic Park here,

He suffered only slight injuries.

“Today the sport which the whole team came to Rio for recedes into the background,” said German Chef de Mission Michael Vesper.

“Our thoughts are with Stefan’s loved ones, who had the opportunity to say goodbye here.”

Henze was also a six-time World Championship medallist and claimed a C2 gold in 2003.

A special remembrance service is due be held by the German team at the Olympic Village tomorrow.

It was also confirmed by the International Olympic Committee (IOC) that the country's flag will be flown at half-mast across all Olympic sites.

“The IOC is mourning the loss of a true Olympian,” said the IOC's German President Thomas Bach.

“Our sympathy is with the family of Stefan Henze, his friends and all of the German Olympic team.”