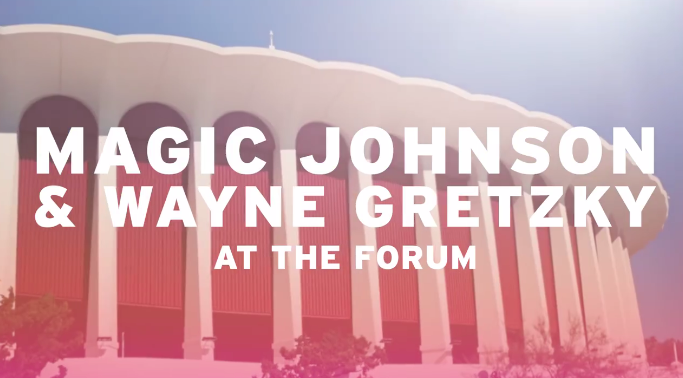 The duo were each showcasing The Forum venue which would host the Olympic gymnastics competition should the Californian city be awarded the Games.

It has also played host to both the LA Lakers and LA Kings - the respective former teams of Johnson and Gretzky.

“[The Forum] is going to supply every athlete the energy they need to play at their highest level and at their best," said Johnson, who is also the Los Angeles 2024 vice-chair.

"The crowd feels a part of the game, and the athletes feed off that energy from the crowd.”

"Olympic athletes are so inspiring to young kids.

"I don’t think that there’s anything more inspiring than to compete against the greatest athletes in the world, on one stage together.

"You can’t take away the atmosphere and the history that [The Forum] has.”

The “Legends of LA” video series is billed as the "latest reflection of LA 2024’s commitment to connect the Olympic and Paralympic Movements with the next generation by harnessing the power of social media".

Athlete Carl Lewis, footballer Cobi Jones and another basketball player in Kobe Bryant have been featured in other videos.