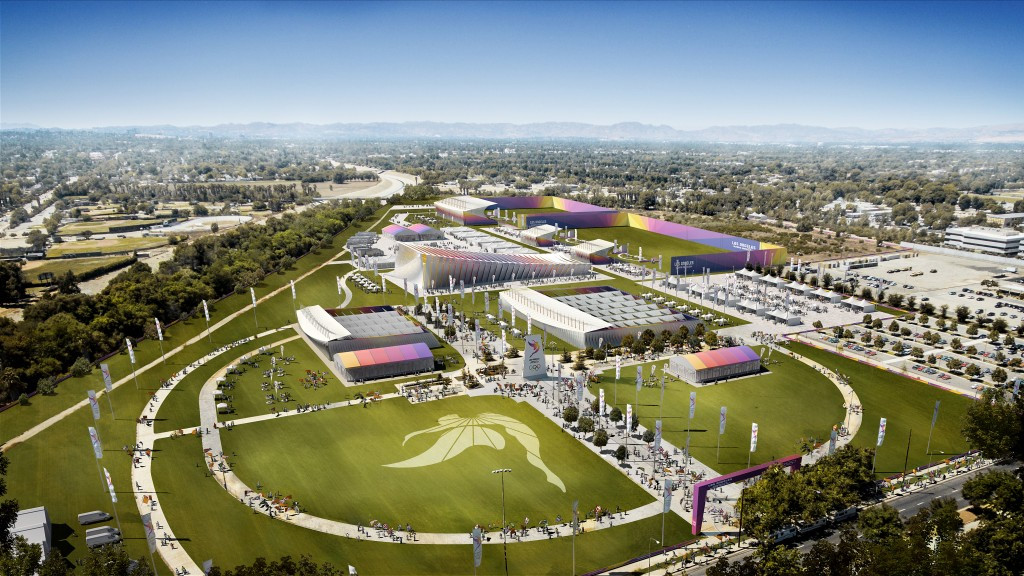 Los Angeles 2024 has released images of proposed Olympic and Paralympic venue the Valley Sports Park as the third part of its "virtual venue tour".

The venue in the Sepulveda Basin Recreation Area would bring the Games to the Valley area of the American city for the first time if Los Angeles defeats sole rival Paris.

Equestrian events, as well as canoe slalom and shooting, would all take place there.

Organisers say the venue would aid Los Angeles 2024's commitment to include the greatest number of the city's residents in the Games.

Forty per cent of the city's population live in the Valley with bid leaders hoping to provide a legacy for nearly two million people.

Consisting of temporary facilities, the Valley Sports Park will be connected to the Californian city's public transport network.

"We are thrilled to bring the Games to the Valley for the first time, paving the way for a new Olympic and Paralympic legacy for nearly two million Angelenos," LA 2024 chairman Casey Wasserman said.

"LA is the right choice for 2024 because our city can host the Games without having to build any new permanent venues or an Olympic and Paralympic Village.

"These virtual tours of our world-class venues demonstrate that LA 2024 is prepared to offer the lowest-risk and sustainable solution for the future of the Olympic Movement and an unforgettable Olympic festival experience for everyone in 2024."

Los Angeles has already featured the Downtown Sports Park and the South Bay Sports Park as part of the virtual venue tour.

A fourth sports park at Long Beach has also been proposed.

The International Olympic Committee (IOC) will choose between Los Angeles and Paris at its Session in Peru's capital Lima on September 13.

There is increasing speculation, however, that the IOC may award the 2024 and 2028 Games at the same time, with a working group comprised of their four vice-presidents currently assessing the possibility.

However, both Los Angeles and Paris have stressed that they are only interested in the earlier edition.