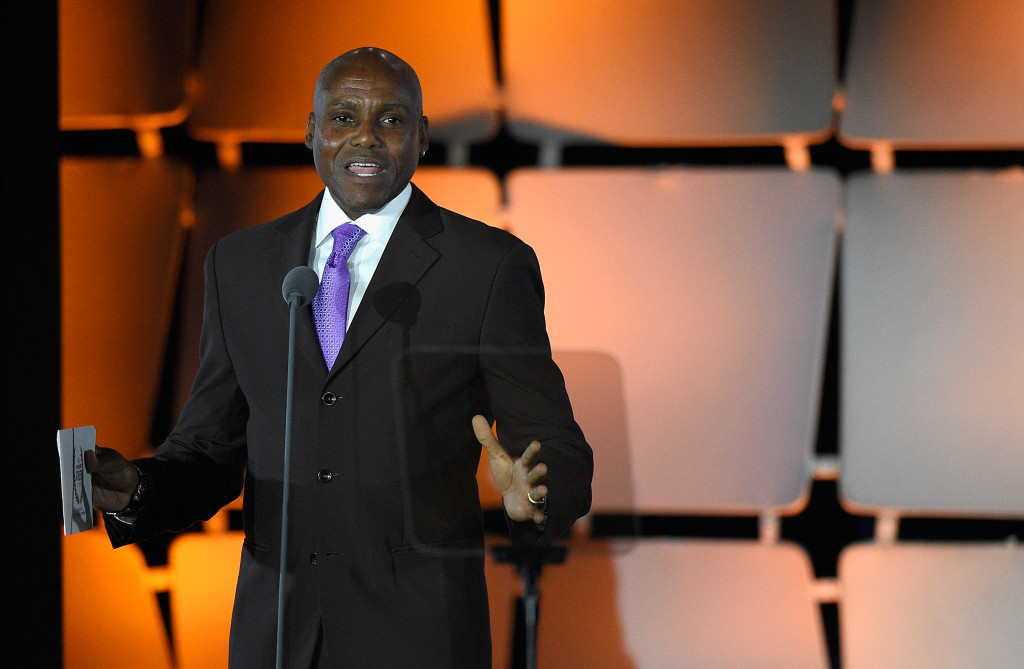 The nine-time Olympic gold medal winning athlete is seen reliving his memories of the 1984 Los Angeles Games in the American city's Memorial Coliseum.

He now serves as a member of the Los Angeles 2024 Athletes' Advisory Commission.

According to Los Angeles 2024, the video series is the "latest reflection of LA 2024's commitment to connect the Olympic and Paralympic Movements with the next generation by harnessing the power of social media".

The films aim to highlight "LA's wealth of existing, world-class sports venues through the eyes of legendary Olympians".

Organisers have already launched the "What's Not in the Bid Book" series which pledges to take viewers "behind the scenes" in the city.

Los Angeles 2024 vice chair and director of athlete relations Janet Evans said: "We are thrilled to introduce the Legends of LA video series, and shine a spotlight on our city’s most beloved temples of sport through the eyes of legendary athletes who have thrilled capacity crowds within their walls.

"These videos not only remind us of LA's abundance of state-of-the-art sporting infrastructure, which would make LA 2024 the lowest risk Games in history, but they are also a further reflection of our bid committee's commitment to connecting the Games with the next generation.

"The world is changing, and that includes the way we communicate and engage with young people about the positive values of the Olympic and Paralympic Movements.

"Legends of LA is LA 2024's latest effort to harness the City of Angels' status as a hub of global storytelling and technology to connect the Games with the world's youth in their languages, on their platforms and on their terms."

Basketball stars Kobe Bryant and Earvin "Magic" Johnson are among other athletes set to feature in the video series.

Los Angeles is bidding against Paris for the 2024 Olympics and Paralympics.

The International Olympic Committee (IOC) are due to make a decision at their Session in Lima on September 13.

However, there is increasing speculation that the IOC may award the 2024 and 2028 Games at the same time.

Both candidates have stressed that they are only interested in the earlier edition, however.