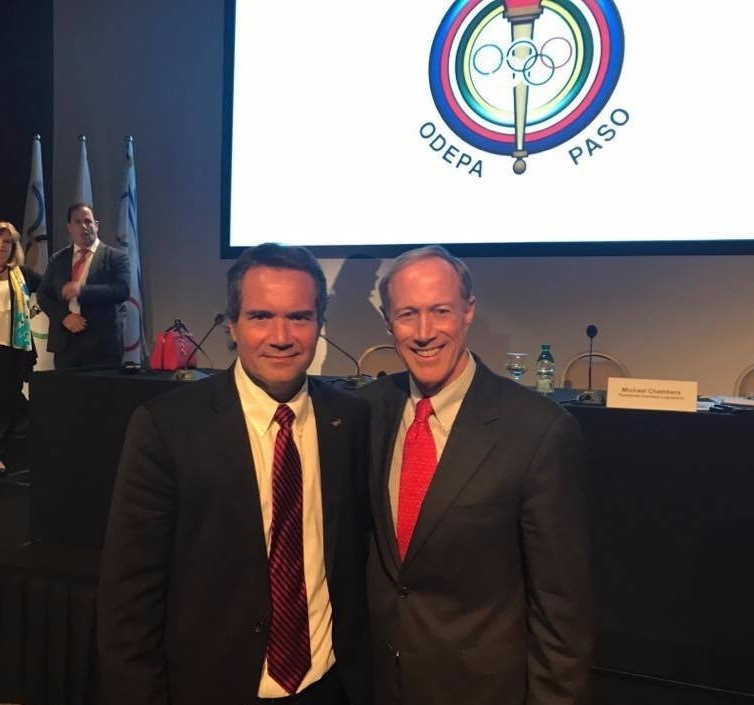 Chile's Neven Ilic has been elected President of the Pan American Sports Organization (PASO) by 26 votes to 25 over José Joaquín Puello of the Dominican Republic.

The result is one of the biggest surprises in any sporting electoral contest in recent years.

There were three different votes here today during the General Assembly meeting.

Ilic had finished tied with Brazil's Carlos Nuzman for second place in the first round with 14 votes each as Puello received 23.

The Chilean Olympic Committee President won the run-off by 27 votes to 23 to face Puello in the second round.

He will replace Uruguay's Julio Maglione as President.

"Please count on me," the 55-year-old said after his victory.

"I am going to be a President who works for you and makes you great.

"The election is over and we are a great family called PASO."

The vote took more than three hours today and began with 10 minute presentations from the trio of candidates.

It provoked many comparisons with the vote for the 2020 Summer Olympic and Paralympic Games at the 2013 International Olympic Committee Session in Buenos Aires, when Tokyo beat Istanbul in the final round after the Turkish city had won a similar run-off against Madrid.

Ilic delivered a powerful sales pitch where he pledged to work alongside the 41 PASO members for the good of sport in each country.

He emphasised his youthfulness and energy in comparison with Nuzman, 75, and Puello, 76.

It is thought this performance was key in drawing support from crucial nations, including Canada and the United States.

Nuzman's support was thought to have come overwhelmingly from South America, while Puello was backed by the Caribbean region, as well as Venezuela and parts of Central America.

As well as his North American support, which was particularly important as the US and Canada were among 10 members with two votes due to having hosted the Pan American Games, he also enjoyed backing in parts of Central American and a handful of Caribbean countries, as well as in Chile.

It was thought that Puello's supporters might have tactically chosen Nuzman rather than Ilic in the run-off as this would improve the Dominican's chances in the second round.

If this was attempted, however, it proved unsuccessful as the Chilean survived and then received virtually all of Nuzman's South American support in round two.

Caribbean delegates, in particular, appeared disappointed that they have once again proved unable to get a candidate from their region over the line.

There was a consensus, though, that the candidate who performed best on the day was the winner.

Ilic is a businessmen in construction industries whose first sporting involvement came when he was elected director of the Tennis Federation of Chile in 2000.

He has led the Chilean Olympic Committee since 2004.