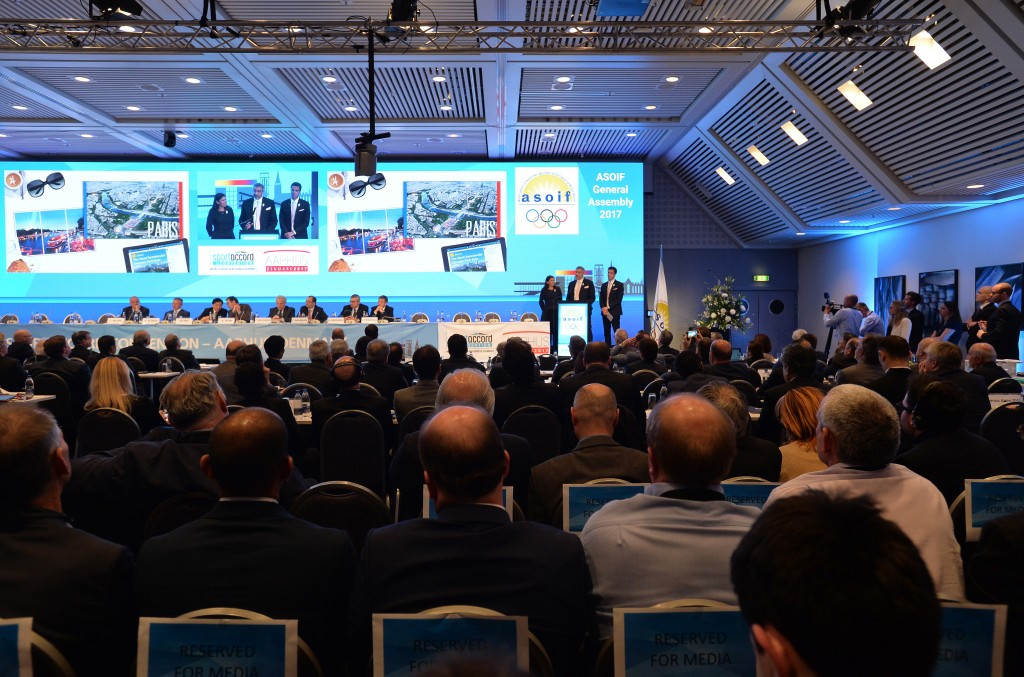 Los Angeles and Paris' 2024 have been banned from attending this week's Pan American Sports Organization (PASO) General Assembly and all other meetings of continental associations.

This marks a change from the system in operation last year in which the bids were allowed to attend meetings within their own continent.

They were informed by the International Olympic Committee (IOC), however, that they could not attend this week's event here.

IOC members or other representatives are also barred.

This seemingly means that neither Anita DeFrantz or IOC Athletes' Commission chair Angela Ruggiero are permitted to attend.

It would have been a key lobbying opportunity, given how most of the region's voting IOC members are present.

He is joined by the bid's chief external affairs officer Patrick Sandusky.

It is claimed that this will help ensure a "fair" procedure, as well as reduce the costs of bidding.

The two bids were informed the decision in letter dated March 17 and sent to all IOC members by its chief ethics and compliance officer Pâquerette Girard-Zappelli.

"The Candidature Process 2024 is entering its final stages within the framework of Olympic Agenda 2020, which aims to strengthen the credibility of the Olympic Movement," said the letter seen by insidethegames.

"The Candidate Cities will have the opportunity to share their plans extensively with you during the Candidate City Briefing 2024 for IOC Members and Summer Olympic International Federations, which will take place in Lausanne on July 11 and 12 this year.

"In the meantime, both candidate cities may send you written documentation on their candidature or promote their project on the occasion of international events or international competitions which you may be attending.

"As all candidate cities and their NOCs were able to meet with and present to the NOCs during the ANOC General Assembly in Doha last year, and in the interest of reducing costs, the candidate cities, their NOCs, the IOC members in the respective countries or anyone acting on their behalf, are not invited to attend upcoming NOC Continental General Assembly meetings in this candidature process,

"A communication was sent to the NOC continental organisations last year in this respect.

"The NOCs of the respective cities will of course take part in the NOC Continental General Assembly meetings of their own regions."

The two-day PASO General Assembly is due to start tomorrow and culminate in an election for a new President.

Both bids will also miss an opportunity to lobby members at the Association of National Olympic Committees of Africa General Assembly in Djibouti from May 9 to 12.

A vote between the two cities is scheduled for September 13 in Lima.