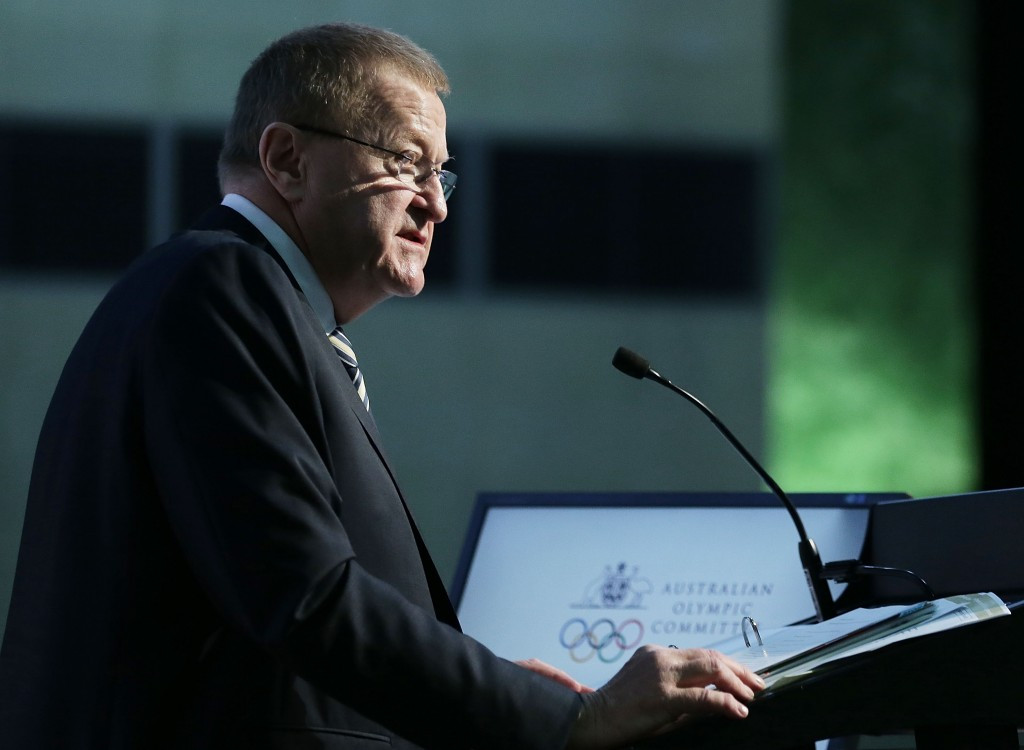 International Olympic Committee (IOC) vice-president John Coates has claimed "time is of the essence" in investigating the potential of awarding both the 2024 and 2028 Olympic Games at the same time in September.

A working group was set-up by IOC President Thomas Bach earlier this month in order to consider the possibility the joint awarding Olympic and Paralympic Games at this year's IOC Session in Lima scheduled for September 13.

The Australian echoed the view expressed by the latter, with Samaranch last week claiming a consensus was needed between the two candidates, Los Angeles and Paris.

Speaking at the Oceania National Olympic Committees General Assembly here today, Coates expressed his view that the matter would need to be resolved before the IOC Executive Board meeting in July.

"If one does not want to and both were confident of winning the first [Games], then it cannot be done," he told insidethegames.

"It is quite tricky as we need to have it pretty early, as you would need to get commitments from the one that is happy to take the second one, with the respect that a new host city contract would need to be prepared.

"We would need to get indications from authorities that the commitments and guarantees they would be prepared to make for 2024 would carry to 2028.

"Nothing is impossible but you have got to do that.

"Under the Olympic Charter, there has to be a report of the Evaluation Commissions, so presumably you would say, ‘We have considered this and looked at the guarantees are there'."

Los Angeles and the French capital Paris are the only bidders left in what was originally a five-horse race before the withdrawal of Hamburg, Rome and Budapest.

A double award is seen as a means to avoid disappointing either city and to ensure mid-term stability for the event.

Concerns have also been expressed on the dangers of changing the process midway through and about alienating other cities considering a 2028 bid.

Both bidders, though, have repeatedly insisted that they are only interested in the 2024 event.

Paris 2024 co-chairman Tony Estanguet has insisted there will be "no Olympic and Paralympic Games in Paris in 2028".

Their bid team claim if they are not awarded the 2024 Games, they will not be able to build in future on land earmarked for the Athletes’ Village.

Los Angeles 2024 chairman Casey Wasserman has claimed they would bring new ideas to the Olympics if given the Games in seven years time but that they will not be making an ultimatum to IOC members.

Coates also acknowledged the situation facing the IOC regarding candidates for the Winter Olympic Games, highlighting how local opposition has prevented European bids from materialising in recent years.

The Australian chaired a strategic review working group which looked into the challenges facing the Games, along with the Association of International Olympic Winter Federations (AIOWF).

"We tried to make it simpler and a few things got uncovered," he said.

"We acknowledged with the sliding sports that there are 13 sliding venues in the world and there is no need to construct any more.

"We have also changed the process and looked at the invitation phase, so the IOC has been identifying cities that could host the Games and sending in experts to help them put together their bids.

"I really think we have been overdoing the technical requirements for bids, which is something we have got to make simpler.

"We have got to take the cost out, shorten the periods to lessen the cost and if we can provide the technical experts, that has always been a large part of the cost of bidding.

"We are now complementing extending that invitational phase and get as many of the approvals considered during that phase, then selecting two or three candidate cities.

"By having a shorter candidate period, less money is going to be spent.

"I am also thinking that you could have an option where the city that comes second could exercise an option in a shorter period to have the next Games.

"That would save having to spend 30 or 40 million dollars and make it more attractive.

"I don’t think you can continue to argue that this money is justifiable for tourism or some kind of other promotion for the city, I do not think that stacks up these days.

"We will look at that and I think we have a bit more time here."

Sion is currently nominated as Switzerland's candidate for the 2026 Games but could yet face a referendum, while Erzurum in Turkey, Innsbruck in Austria, the Japanese city Sapporo and Almaty in Kazakhstan are said to be considering bids.