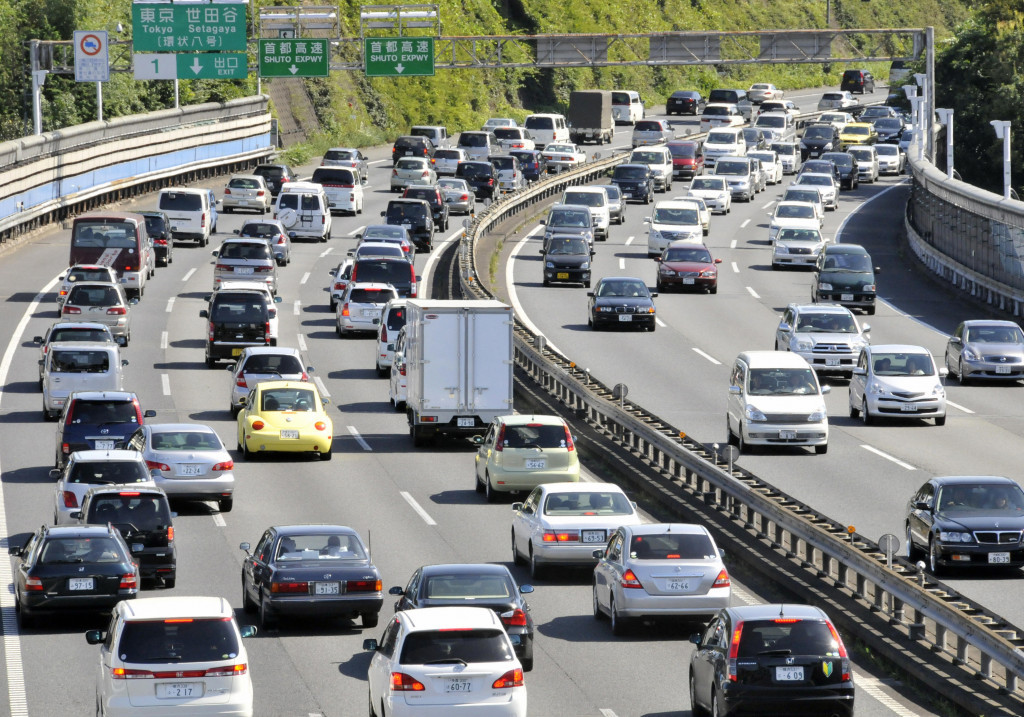 Workers in Tokyo are to be encouraged to stay at home on July 24 to mark the three-year to go anniversary of the Opening Ceremony of the 2020 Olympic Games, so the Japanese Government can test the impact on traffic congestion.

Officials have announced that companies and Government offices will be encouraged to allow employees to work remotely until at least 10:30am on what they have termed as "the day of telework".

The Internal Affairs and Communications Ministry is hoping that up to 1,000 companies will take part in the project, also designed to promote a change in people’s work style, Japanese agency Kyodo News reported.

By expanding the campaign period gradually each year toward 2020, the Ministry hopes telecommuting will take off in time for the Olympics and reduce the amount of traffic on the road.

Japan has adopted the idea from London 2012.

They claim 80 per cent of businesses in the British capital took part in the scheme.

It was estimated that one-and-a-half million British workers worked remotely during the Olympics after some of the UK’s largest private companies, such as BT, Royal Bank of Scotland and Sainsbury’s, allowed London-based staff to work in different locations or adapt their working hours.

In Japan, currently only around 16 per cent of companies with over 100 employees surveyed have introduced a telecommuting system.

Many businesses are reluctant to introduce it due to concerns over the protection of sensitive data and supervision of staff, according to the Ministry.

"Karoshi" - which in English means "death by overwork", either from a fatal heart attack or stroke, or a suicide triggered by overwork - is a recognised condition in Japan.

It is estimated that about 22 per cent of Japanese employees work 50 hours or more each week on average, double the number in the United States.

Last December Tadashi Ishii resigned from his role as President and chief executive of Dentsu, the marketing agency of Tokyo 2020, after an employee of the company had committed suicide on Christmas Day in 2015 due to being overworked.

According to the Asahi newspaper, Matsuri Takahashi had put in 105 hours of overtime in the course of a month from October 9 in 2015.

It was claimed Takahashi’s supervisor broke labour laws in Japan by forcing her and another employee to work long hours between October and December.

As a result of the tragedy, Dentsu lowered the hours of overtime its employees are allowed to undertake from 70 down to 65.