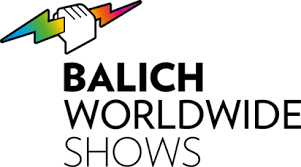 Balich Worldwide Shows have experience in performing the role at previous Olympic Games.

Ashgabat 2017 have also confirmed Polimeks, the Turkish construction company that built the Ashgabat Olympic Complex, will be responsible for the delivery of the two events.

"We are so happy to bring our Olympic expertise to Ashgabat 2017 within its Olympic Complex which is an astonishing site, featuring excellent constructions and infrastructure, high standard facilities and technologies," Balich Worldwide Shows chairman Marco Balich said.

Both the Opening and Closing Ceremonies of this year's AIMAG, the fifth edition of the event, are set to be held at the newly-built Ashgabat Olympic Stadium.

The 45,000-seater venue, designed by Polimeks, is the focal point of the Olympic Complex.

Organisers claim the stadium has already become an icon of the city and that it guarantees a long-lasting legacy for sports in Turkmenistan.

"The Games will be a historic moment for Turkmenistan, as Ashgabat 2017 will be the first major multi-sport event to be hosted in Turkmenistan," AIMAG Executive Committee chairman Dayanch Gulgeldiyev said.

"Our aim is to deliver the best ever AIMAG, and the experience and talent that Balich bring to the table will play a part in our success.”

All 45 Asian National Olympic Committees and 17 from Oceania have been invited to compete at the Games in a special collaboration between the two continents.