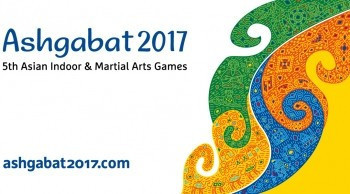 Ashgabat 2017 have officially launched their sport competition schedule for the Asian Indoor and Martial Arts Games.

The Games are due to begin with the Opening Ceremony on September 17 but two sports will precede this date.

Futsal and indoor tennis action has been confirmed to get underway a day earlier, when preliminary rounds will commence.

Both sports are set to run for 10 and 11 days respectively and are scheduled to conclude on the penultimate day of the Games.

Three types of wrestling will also be on show at the Games, with traditional and belt wrestling joining the Olympic version of the sport.

"We are looking forward to welcoming the best athletes from across Asia and Oceania to compete in our world class venues,” said Dayanch Gulgeldiyev, Ashgabat 2017 chairman.

"With 21 sports and up to 337 medal events taking place there are excellent chances for athletes from all participating countries to be in contention for medals."

In total, 160 sessions of sport have been confirmed by Ashgabat 2017 with less than 200 days to go until the Games.

Bowling, chess and kickboxing will be among the final medal events, as all three sports conclude prior to the Closing Ceremony on September 27.

The Games will be the first multi-sport event hosted by Turkmenistan, with competition due to take place from September 17 to 27.

All 45 Asian National Olympic Committees and 17 from Oceania have been invited to compete at next year's Games in a special collaboration between the two continents.