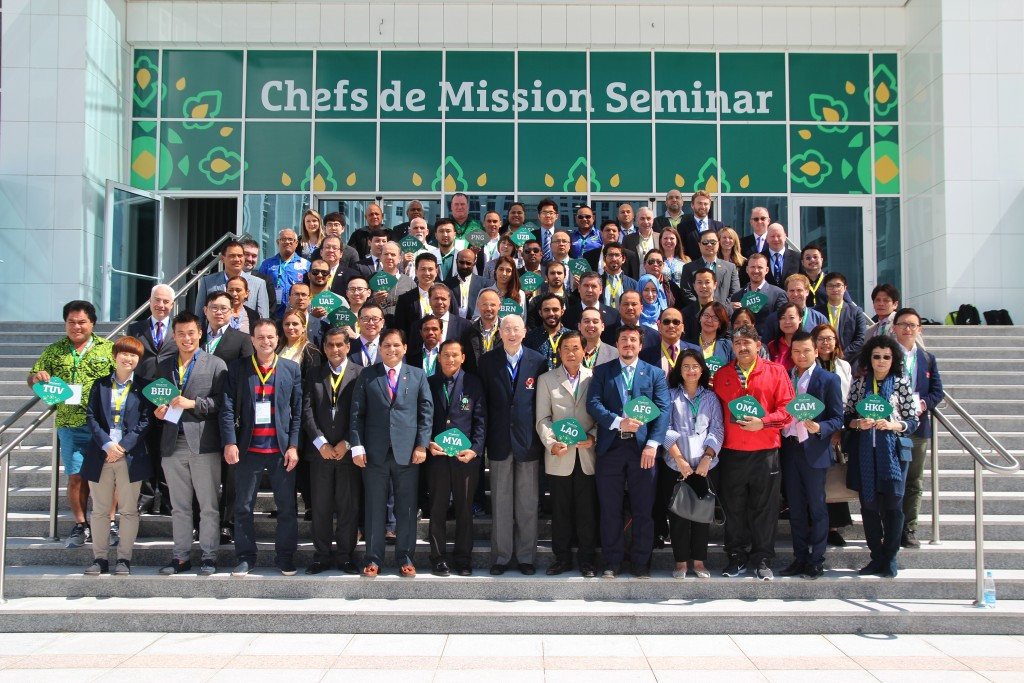 Representatives of 54 National Olympic Committees arrived in Turkmenistan on Tuesday (April 4) for the seminar which is scheduled to run until Saturday (April 8).

Over the course of their visit, representatives will have a chance to familiarise themselves with the location and the planning ahead of the event in September.

The Seminar provides the attendees with an opportunity to gather information about Games-time operations and services, with "a particular focus on providing the best environment for their athletes" organisers claimed.

"The Chef de Mission Seminar has proved to be a extremely successful two days of meetings," Dayanch Gulgeldiyev, the chair of Turkmenistan 2017, said.

"The Chefs were very impressed by the venues and the Ashgabat Olympic Complex.

"It is the Executive Committee's priority to focus on athletes as we prepare for the Games in September, and over the course of the seminar we were able to show the progress made and reiterate our goal to deliver the best ever Asian Indoor Martial Arts Games."

The Chefs de Mission took part in a variety of plenary sessions and one to one meetings aimed at clarifying all aspects of planning for the Games.

As part of the seminar the Chefs de Mission will now be travelling to Awaza where they are invited to a cooperation in international sport for peace and development conference tomorrow.

They event is due to be opened by Gurbanguly Berdimuhamedov, the President of Turkmenistan.

The delegates will also have a chance to attend the opening of the Awaza Sport Complex.

The Games will be the first multi-sport event hosted by Turkmenistan, with competition due to take place from September 17 to 27.

All 45 Asian National Olympic Committees and 17 from Oceania have been invited to compete in a special collaboration between the two continents.