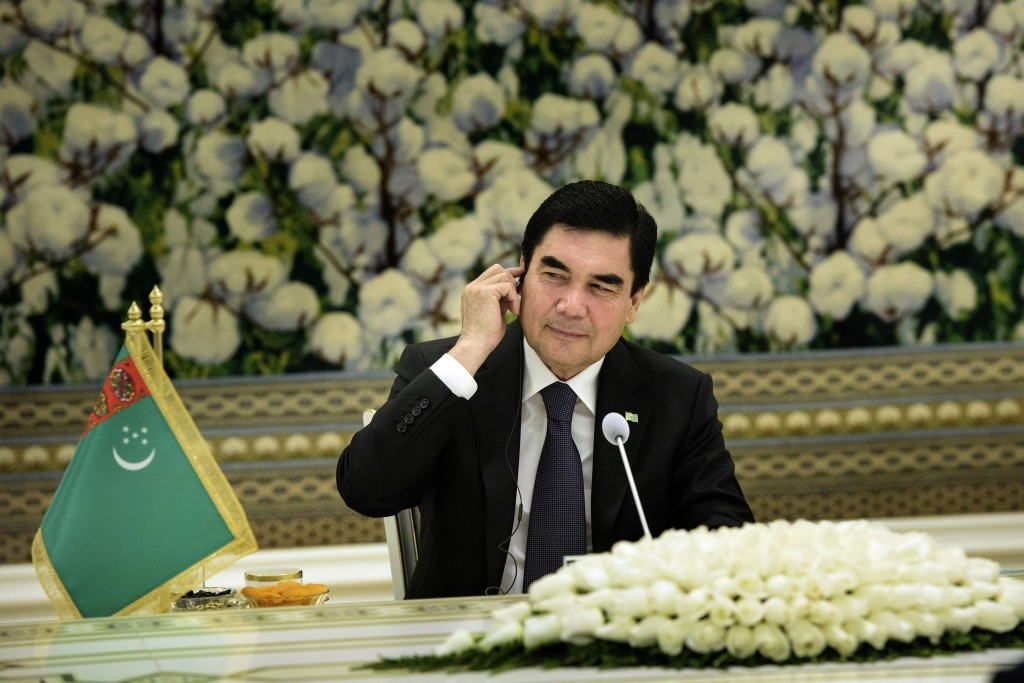 Turkmenistan President Gurbanguly Berdimuhamedov has claimed the 2017 Asian Indoor and Martial Arts Games (AIMAG) in Ashgabat "will open a new page in the history of world sport".

Addressing the opening session of an international sports congress at the new tourist zone of Awaza on the Caspian Sea, Berdimuhamedov thanked the Olympic Council of Asia (OCA) for giving his county the opportunity to host the AIMAG.

The fifth edition of the event is scheduled to take place at the new Ashgabat Olympic Complex from September 17 to 27.

It is set to involve around 3,500 athletes from 64 National Olympic Committees (NOCs) - 45 from the OCA and 19 from Oceania, including recent additions Tahiti and New Caledonia.

"This event will be held for the first time in the history of sport in Central Asia," Berdimuhamedov said.

"This is a sign of the high confidence shown in Turkmenistan by the international sports community.

"The 45 National Olympic Committees of the Olympic Council of Asia will be joined for the first time by athletes from Oceania, and I am confident that the hosting of the fifth Asian Indoor and Martial Arts Games will open a new page in the history of world sport and will attract the interest of millions of people worldwide."

Berdimuhamedov said the hosting of the event further highlighted the national policy of using sport as a tool to promote international diplomacy and a healthy lifestyle for society, with sports schools being established around the country.

"Sport and the Olympic Movement play a significant role in developing friendship, mutual understanding and cooperation between people," he added.

The Ashgabat Olympic Complex comprises more than 30 buildings, including competition venues, an Athletes' Village, hotels and a medical centre, and also has a monorail running around the perimeter.

"Athletes are the messengers of the world with their skill and their ideals to promote a healthy lifestyle," Berdimuhamedov said.

"We will make every effort to ensure that the fifth Asian Indoor and Martial Arts Games will be held at the highest level so all participants will enjoy the hospitality and cordiality of the Turkmen land."

He praised the vision of Berdimuhamedov in establishing the new Awaza Sports Complex by the Caspian Sea and for contributing to the healthy lifestyle of the population.

Sheikh Ahmad claimed the 2017 AIMAG would be the biggest in the history of the OCA and would be unique because the Athletes' Village is within walking distance of the competition venues in the Ashgabat Olympic Complex.

"With 21 sports we will have one of the richest sports programmes, enabling athletes to take part in sports on the Olympic programme and also in non-Olympic sports," he added.

"This will make them proud to represent their country and their flag.

"With 500 athletes from 19 Oceania NOCs joining us to make 64 NOCs, we will have almost one-third of the world participating at Ashgabat 2017.

"The sports facilities, the sports programme and the participation all make this a unique Games."

As well as the 21 sports, electronic sports will return to the AIMAG programme as a demonstration sport.

Sheikh Ahmad said there were more than 350 million people playing e-sports around Asia.

A series of online qualification rounds in four esports will be held at national and then regional level by the six regions; West Asia, Central Asia, South Asia, South East Asia, East Asia and Oceania.

The six regions will each provide eight qualifiers - two in each game - for the final tournament in Ashgabat, where they will be joined by four Turkmen players to take the field to 52 players.

"The story of Ashgabat 2017 is ready to start," Sheikh Ahmad said in closing his address.

"You have worked for seven years and now there is only the final 100 metres to run."