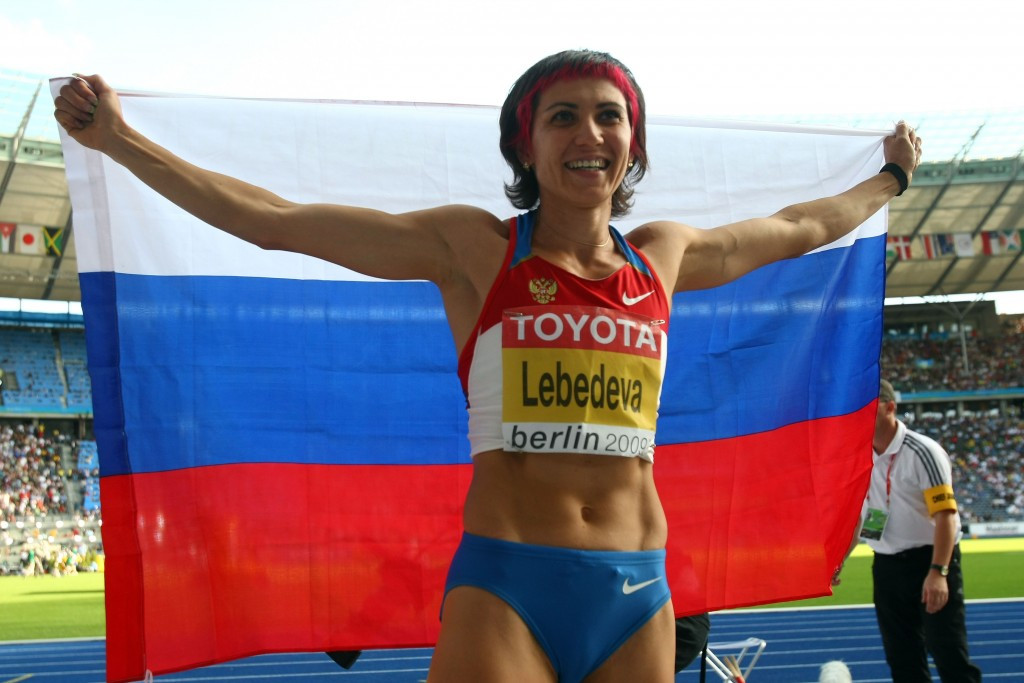 The International Association of Athletics Federations (IAAF) criticised Yelena Isinbayeva's appointment as chair of the Russian Anti-Doping Agency (RUSADA) because they are "looking for someone to point the finger at", athlete Tatyana Lebedeva has claimed.

Rune Andersen, the head of a Taskforce overseeing Russia's reinstatement from suspension, warned yesterday following an IAAF Council meeting in London that Isinbayeva heading up RUSADA was hampering the country's chances of being allowed back.

He claimed her appointment, which the World Anti-Doping Agency (WADA) tried to block, sent the wrong message and that Russia would remain in international exile unless the double Olympic pole vault champion and world record holder was replaced.

Lebedeva, who was stripped of her Beijing 2008 Olympic silver medals in the long jump and triple jump after re-analysis of her frozen samples from the Games revealed the presence of banned steroid turinabol, believes Andersen made the comments because the IAAF and its President Sebastian Coe see Isinbayeva as an "irritant".

"When the athletes were not allowed to compete at the Olympics, Yelena defended the athletes and criticised Coe, she is a kind of irritating factor for him," Lebedeva told Russian news agency TASS.

"If we want to work and see the track and field disciplines developing, everyone should play under the same rules.

"I don't understand, what does the IAAF want exactly?

"It is strange that Isinbayeva's appointment came into the spotlight months later.

"This demonstrates that they are looking for something to point their finger at."

The nation has reacted with denial following yesterday's IAAF Council meeting, with Russian Athletics Federation head Dmitry Shlyakhtin claiming they were "puzzled" by Coe's claims that they were a long way off from being reinstated.

The Briton said the IAAF were "disappointed and concerned to learn that the prospect of the milestones being fulfilled this year by RusAF remains a distant one".

"The ARAF is puzzled by Coe’s statements, because we maintain close contact with the Taskforce, the work is under way," Shlyakhtin told TASS.

"We do not understand what areas, in Coe's opinion, demonstrate the lack of progress.

"Naturally, we will seek information and explanations from the Taskforce and its leader Andersen."

Russia has been suspended from international competition by the IAAF since the publication of the first report commissioned by WADA in November 2015.

This followed allegations by Stepanov and Stepanova of state-supported doping in the country on German television channel ARD.