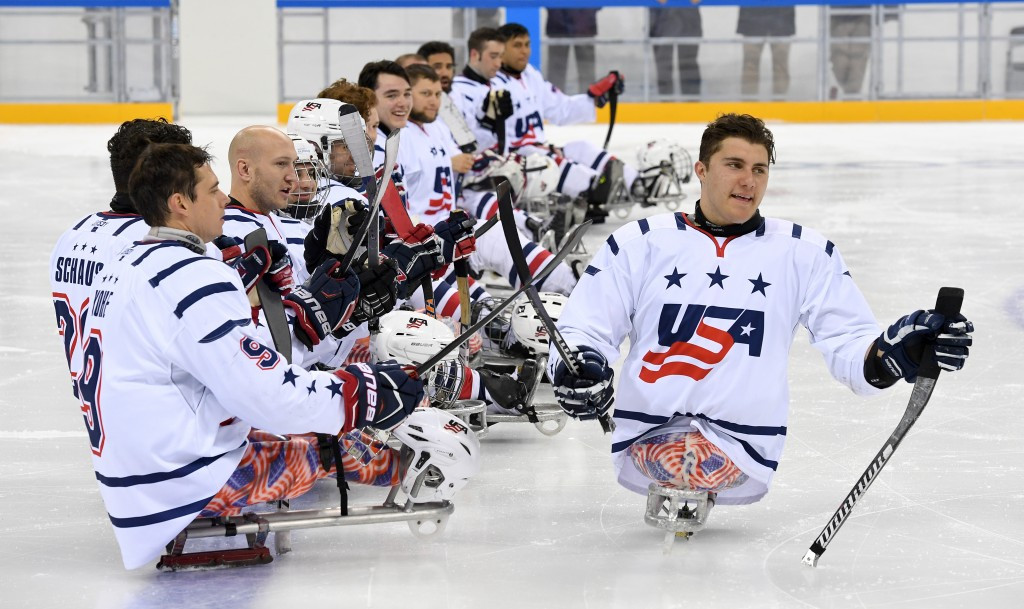 The United States got their World Para Ice Hockey Championships A-Pool title defence off to an emphatic start today by recording a 7-0 win over Sweden.

The tournament, acting as a Pyeongchang 2018 Winter Paralympics qualifier, is taking place at the Gangneung Hockey Centre, the same venue where the Para ice hockey matches are due to take place at next year's Games.

The win was the first for the Americans, the Sochi 2014 Paralympic Games gold medallists, under new head coach Guy Gosselin, a two-time Olympian, who was making his international head coaching debut after the passing of predecessor Jeff Sauer in February.

A tribute video to Sauer was played before the match started.

Nikko Landeros struck first for the US before Declan Farmer fed the puck to Brody Roybal, who doubled his country's advantage.

Roybal then handed Farmer a scoring opportunity which he took to put the Americans three up.

The US extended their lead in the second period when Paul Schaus deflected a shot from defender Josh Pauls into the net.

In the final period, Farmer added two more goals to complete his hat-trick before Rico Roman completed the scoring with two minutes remaining.

“It was a great start to the tournament today," Roybal said.

"It was a lot of fun out there and we got the job done.

“It’s always great to play with Farmer, as he’s probably the best player in the world.

"It’s awesome to have him out there on my line and it’s always a lot of fun.”

Elsewhere today, double Paralympian Audun Bakke scored with 33 seconds remaining in overtime to give Norway a thrilling 2-1 victory over Germany.

The 28-year-old scored both of Norway’s goals in a sublime solo performance.

Bakke, who represented Norway at Vancouver 2010 and Sochi 2014, opened the scoring 12 minutes into the first period.

Neither team could find a winner in the remaining minutes of the regulation period but it was Bakke who claimed victory for the Norwegians with his effort in the closing stages of overtime.

In the third and final game of today, Canada continued their good start to the tournament with a 7-0 victory over Italy.

Corbyn Smith was also on target.