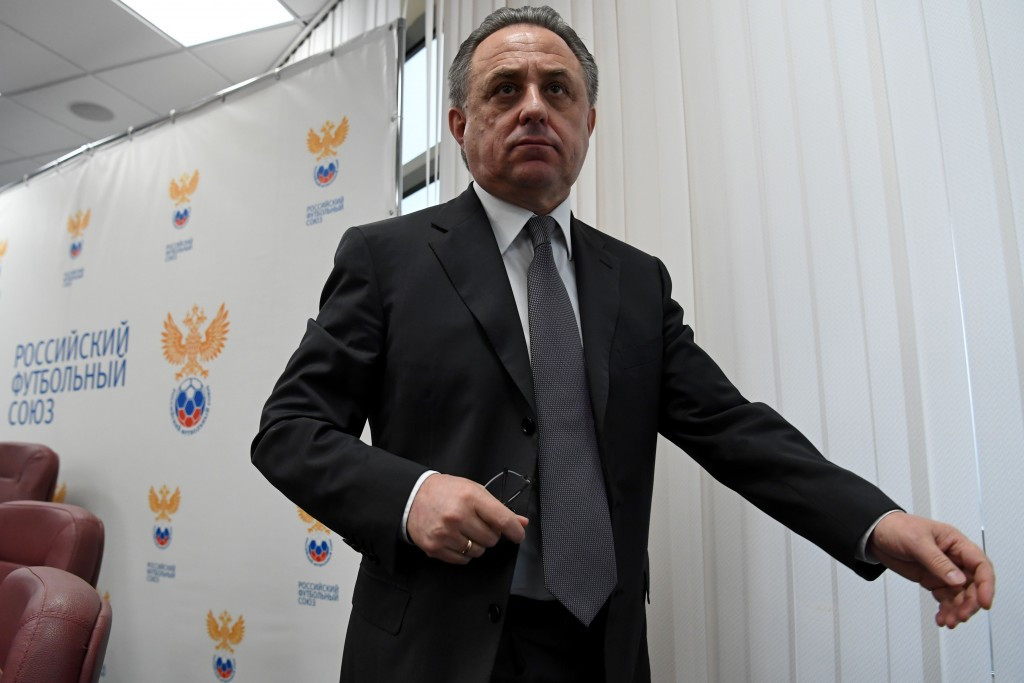 Russian Deputy Prime Minister Vitaly Mutko has claimed the country is implementing all the required measures to ensure the Russian Anti-Doping Agency’s (RUSADA) reinstatement with the World Anti-Doping Agency (WADA).

RUSADA was heavily criticised in a WADA Independent Commission report in November 2015, when explosive reports of state-supported doping within Russia’s athletics programme were revealed.

Speaking here in the Olympic capital during WADA’s Annual Symposium yesterday, Pavel Kolobkov, who replaced Mutko as Russian Sports Minister last year following his promotion to Deputy Prime Minister, claimed the aim of RUSADA is to regain provisional compliance with WADA by May.

He hoped they would be fully re-instated by November.

Mutko has told Russia's official news agency TASS that they are cooperating with WADA and "implementing everything required" by the road-map set out for RUSADA.

He pointed to the amendment of RUSADA’s charter and the election of a new Supervisory Board, to which two-time Olympic pole vault champion Yelena Isinbayeva was controversially reappointed chair last week.

He also noted that a search is underway to fill the role of director general following the recent resignation of acting incumbent Anna Antseliovich and the signing of a contract for 2017 with UK Anti-Doping, the organisation which struck a deal to conduct testing in Russia last January after RUSADA were suspended by WADA.

"We are a big country and any other organisation will find it difficult to work in our territory," he said.

"We have increased the number of tests, the country is under control.

"So, we see no big problems as the people who used to work with RUSADA are no longer there.

"We have created an independent system but WADA must be responsible for control over it, since both RUSADA and the anti-doping laboratory are working in line with WADA regulations and standards.

"So, a mechanism of control is needed."

Asked about whether the successful reinstatement of RUSADA with WADA would ensure the admission of Russian athletes to the Pyeongchang 2018 Winter Olympic Games, Mutko told TASS: "These are two different matters.

"But one of their criteria is a strong independent anti-doping organisation in the country.

"This is one of the conditions."

WADA President Sir Craig Reedie has claimed RUSADA still has significant work to do in order to get its suspension lifted.

The Scot told TASS, however, that full reinstatement by November is "possible", even though he described the time limit to regain provisional compliance by May as "difficult".

The decision to reappoint Isinbayeva as chair of the Supervisory Board appeared to be a major blow to RUSADA's attempt to be renamed compliant with WADA, which had directly opposed the move.

It also shed serious doubt on the prediction of Russian Olympic Committee President Alexander Zhukov that the body should achieve the status by May.

Isinbayeva, a member of the IOC, was first elected to the position in December.

It was announced earlier last week that Isinbayeva had returned to the Supervisory Board.

It was announced on Thursday (March 9), however, that Isinbayeva had been re-elected chair after being proposed to the role by the ROC.

According to the WADA-commissioned McLaren Report, around 1,000 Russian athletes have been implicated in a "institutional" doping system in which samples were manipulated and tampered with at events including the 2014 Winter Olympic and Paralympic Games in Sochi.