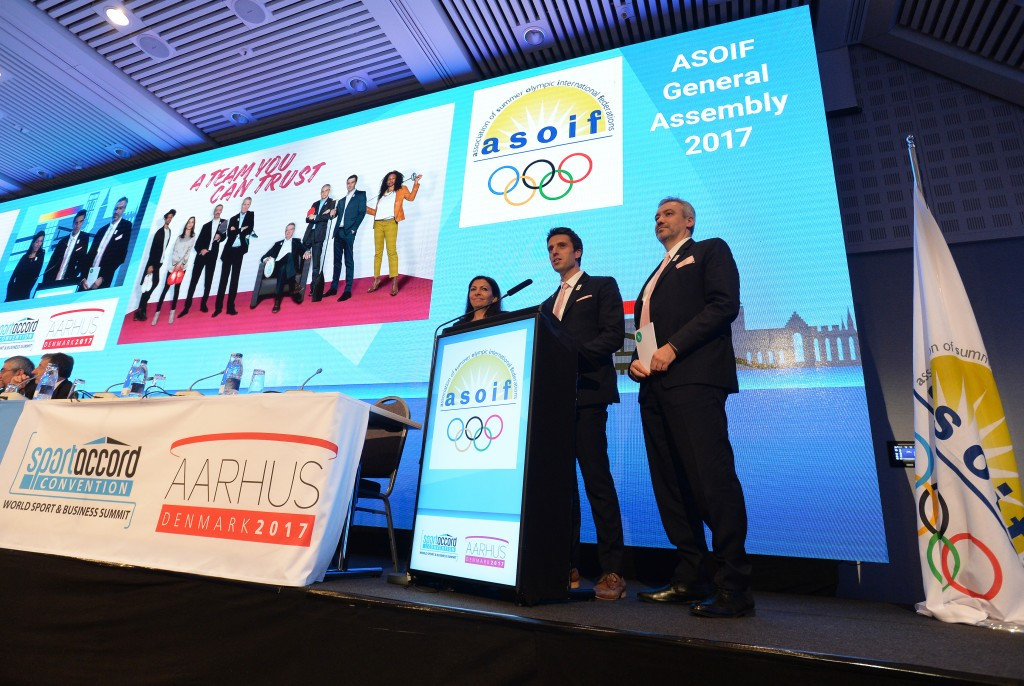 Los Angeles repeatedly highlighted the "low risk" nature of their bid for the 2024 Summer Olympic and Paralympic Games while Paris focused upon their compact venue plan during presentations here today.

It came as both cities formally showcased themselves for a second time during the Association of Summer Olympic International Federations (ASOIF) General Assembly.

Los Angeles, whose four-strong delegation of speakers were led by city Mayor Eric Garcetti, claimed their bid was best at responding to changing times.

Paris, on the other hand, cited their compact nature, reliability and youth appeal.

Both cities were given 10 minutes to present to an audience of representatives from Summer International Federations, who were then given an additional five minutes to ask questions.

However, Paris slightly exceeded that limit by speaking for 11 minutes, while Los Angeles spoke for nearly 15.

Each was restricted to 10 PowerPoint slides and no videos, although both made good use of graphics and animation alongside a series of speeches.

The presentations of both were punctuated by slight digs towards the perceived weaknesses of their rivals.

"We believe LA 2024 offers the Olympic Movement something creative and new - not more of the same," said Garcetti.

"We’re proud to repeat history because a fully functioning Village solves a lot of problems, for all of us - with no surprises and no risk."

Unlike Paris, Los Angeles also mentioned the ongoing discussions to consider awarding the 2028 as well as the 2024 Games in September this year.

"We believe that the 24/28 discussion makes a lot of sense, and it’s is fortunate that the IOC has two great cities to consider, each capable of hosting magnificent Games in 2024," said bid leader Casey Wasserman.

He added that the bid is "not a Government project, with all the risk and uncertainty that implies in today’s world".

“Our team began with one, clear goal: to provide the most spectacular and athlete-friendly Games ever,” said Thobois.

“We designed a compact venue plan, making the most of what our city centre has to offer…

“Ninety-five per cent of our venues are existing or temporary.

“Plus, every member of the Olympic Family will enjoy quick and reliable transport – based on realistic and tested plans.

“Our plan will see central Paris itself become our Olympic Park.”

"We will invite the world’s young people to discover Paris, and to experience the Games in the heart of the world’s favourite destination," she said.

"In 2024, we want to show how the Games can be a catalyst for energy transition and sustainable development."

“Why Paris? Why are we bidding? And why now?” he said.

“The answers to why Paris are clear.

“All the great aspects of our inclusive and inspiring city.

“A superb concept - in the very heart of Paris - with the most spectacular Olympic Park ever, and a unique track record in hosting safe and successful sporting events.

“Paris is the right city.”