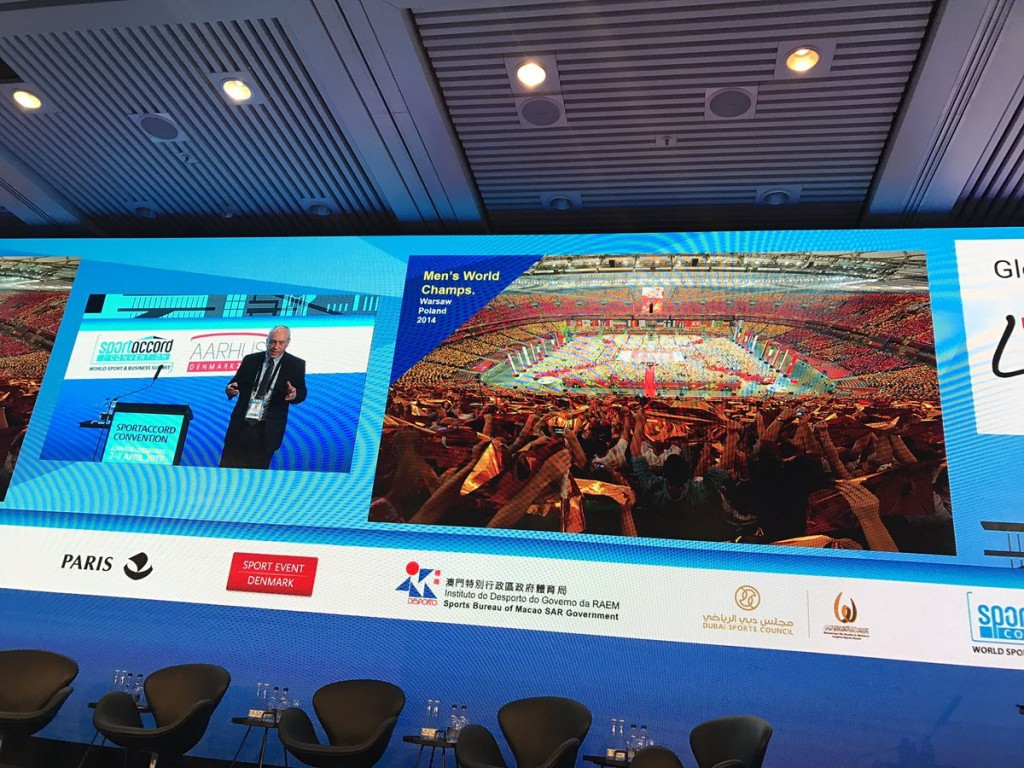 The Brazilian told insidethegames here at SportAccord Convention that a proposal will be submitted to the FIVB Board as early as next month.

Lima said the move was necessary to allow the governing body to help enhance their branding and to improve communication with fans and stakeholders.

He claims he is fully confident the idea will be met with the approval of FIVB Board members and expects it to happen at some point before the end of 2017.

It is not yet known what names the FIVB are considering.

"It is a work in progress," the FIVB secretary general told insidethegames.

"That is an idea that the current management has but it still has to be submitted to the FIVB Board.

"The work in progress means that we are collecting the materials that are needed to materialise the concept.

"I believe the name change will happen.

How FIVB use media to maximize events effects?@saconvention #sac2017 pic.twitter.com/QwrcL5QJO6

"Two years ago the Board already understood what the issue is and it is our perception that acronyms are becoming more and more difficult to use in the world of thousands of other acronyms.

"In order to communicate the sport properly, we need to find other solutions.

"We don't think the acronyms that are there in the sports world today are doing their job anymore."

Lima was speaking after he delivered a presentation on the volleyball competitions at last year's Olympic Games in Rio de Janeiro.

He also called on future Olympic Games hosts to physically bring athletes closer to the action in the venues to increase excitement for fans.