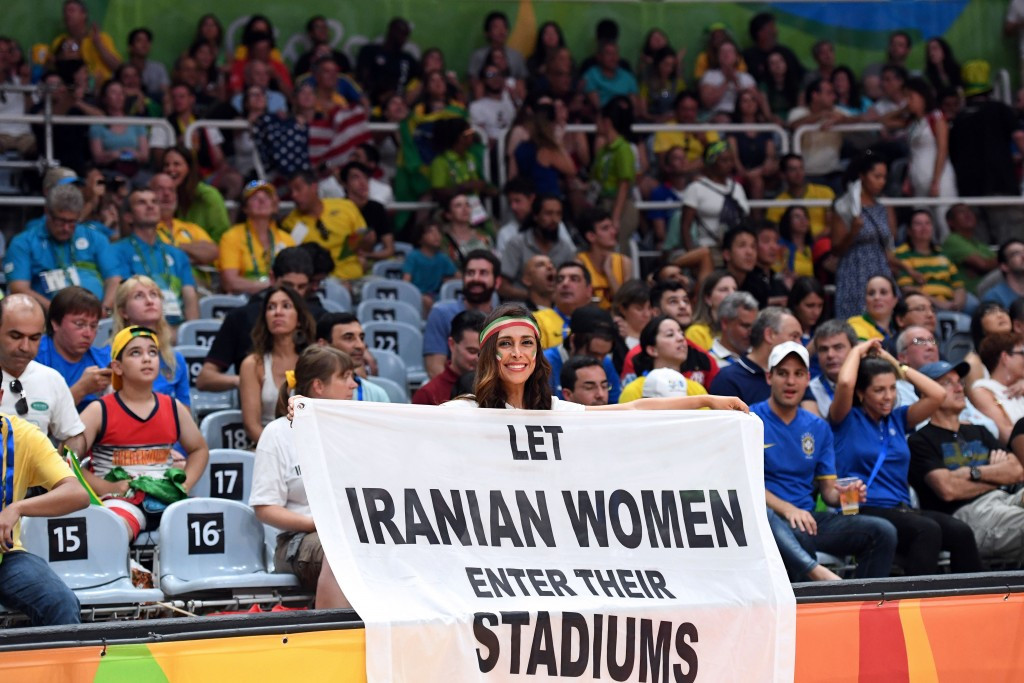 The International Volleyball Federation (FIVB) has claimed they have been greatly encouraged by the "small positive steps" taken in recent months to allow women to attend volleyball events in Iran.

The sport’s governing body reiterated that their position had not changed regarding awarding events to the Islamic country, despite Human Rights Watch (HRW) issuing a fresh call to bar the nation from staging competitions until a ban on women attending matches is lifted.

HRW made the call in a letter sent to FIVB President Ary Graça following his election for a fresh eight-year term in office earlier this month in Buenos Aires.

Making volleyball a "family-friendly" sport was cited as one of his key objectives.

A law restricting female access was introduced at volleyball matches in Iran in 2012 as an extension of a similar ban in football.

It generated worldwide condemnation in 2014 following the arrest of British-Iranian woman Ghoncheh Ghavami, for attending a World League match.

Ghavami, arrested for "propaganda against the regime", spent 151 days in Evin prison before she was released and charges were eventually dropped.

The FIVB repeatedly pledged to have the ban fully lifted before the Rio 2016 Olympic Games but failed to do so in the face of religious and political opposition.

"The FIVB’s position on allowing women to attend volleyball events in Iran has not changed," an FIVB spokesperson told insidethegames.

"We are working on a policy of inclusion as it is our firm belief that our objective is better served by having the eyes of the world on Iran during international sports events as opposed to a boycott.

"It is important to remember though, that change will not happen overnight, the process will take time but we have been greatly encouraged by the small positive steps taken in recent months.

"This included women attending and watching a men’s beach volleyball event for the first time in recent history at the FIVB Kish Island Open earlier this year in February.

"The FIVB is determined to build on this positive progress, it is a step by step diplomatic effort and a process of gradual evolution.

"As written in the New York Times recently, a boycott would be counterproductive.

"In the meantime, we will keep working with the Iranian authorities and all NGOs that share the FIVB's values of inclusivity and gender equality, to ensure that all volleyball activity in Iran can be enjoyed by everyone."

In April, the FIVB told insidethegames that they were switching to an "event by event" approach rather than a blanket lifting of the ban.

The world governing body provoked more criticism, however, by continuing to award events to Iran despite initially claiming they would not, insisting that the incentive of hosting competitions was the best way to encourage progress.

Some women were turned away during the Kish Island event in February, although others attended and the FIVB claimed the problems were only due to a "misunderstanding".

There was more controversy following a round of World League matches in Tehran in June and July, with human rights groups claiming only specially selected female groups could buy tickets despite the FIVB hailing female-only areas as a key "first-step".