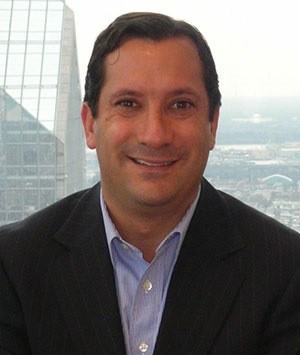 Sports media, marketing and business executive Jamie Davis has been appointed chief executive of USA Volleyball with immediate effect, it has been announced today.

Davis becomes the seventh chief executive of the Colorado Springs-based national governing body and the first to come from outside its hierarchy.

Earlier in his career, Davis served as President of television network Versus - now re-branded as NBC Sports Network - along with several roles within News Corporation, such as President of its China arm and managing director of ESPN STAR Sports (ESS).

His entry into the television world started with CBS Sports as its finance manager before joining the launch team of Fox Sports and serving as its vice-president of finance.

"I am thrilled to be joining USA Volleyball and believe the organisation is at a very exciting point in its development," Davis said.

"I look forward to working with the Board, the United States Olympic Committee, the 40 regional volleyball associations, athletes, coaches, officials and sponsors as well as the international volleyball community to grow the participation and popularity of this sport in America.

"I am convinced that together we will continue to accelerate the momentum of USA Volleyball and bring the sport to new heights on the world stage."

Lori Okimura, the chair of USA Volleyball Board of Directors, added: "I am pleased to welcome Jamie Davis to lead USA Volleyball into new areas of business that will strengthen our 40 regional volleyball associations, support the competitive excellence of our national teams, and continue to support our development in all areas of beach, indoor and sitting volleyball in the United States.

"We are embarking on a period of unlimited potential for USA Volleyball in reshaping the business of our sport and taking full advantage of the resources that Jamie brings to the table that will help us reach the next level."

Davis, while not coming from the volleyball world, has been involved in sports media and marketing for a quarter-of-a-century.

He has been a key figure in helping various organisations shift their marketing paradigms to how audiences use media.

"Having worked in sports for over 25 years, I have participated in and watched the industry grow and transform dramatically," Davis said.

"Today, with the pace of change in digital technology, I believe that we have the ability to revolutionise how USA Volleyball interacts with our athletes, regions, sponsors and partners.

"I am looking forward to working with the staff and teams to insure that USA Volleyball is a major presence in every form of media consumed by our constituents, which in turn will grow the popularity of this great sport."

USA Volleyball claimed Davis stood out among the search process as having the qualities to help the national governing body meet and exceed its short and long-range goals.

The Board of Directors engaged an executive search firm to work alongside its Chief Executive Search Committee, which included various representatives of each constituent group, sponsors and athletes representing all three disciplines.

"The priority of the Board was to find a chief executive with prior business experience and a track record of success in key areas that align with our strategic priorities," Okimura said.

"As we look ahead to the Tokyo Olympics, it is critical for us to be at the forefront of finding new revenue streams, creating events and programmes to sustain our competitive excellence of our national team pipeline in all disciplines, and providing additional resources to the 40 regional volleyball associations of USA Volleyball to continue building its membership and strengthening their local programmes to help our sport serve all who are interested to participate."

Davis, 50, comes to USA Volleyball from Jomadrew Sports and Entertainment, where he is the President and founder.

Among his duties, Davis taught entrepreneurship at New York City's Syracuse University where he provides training for US armed service members in support of their transition from active duty to small business ownership and civilian life.

Prior to dedicating his full attention to Jomandrew, Davis served as President of Fanatics, which provides ecommerce, merchandising, manufacturing, marketing and fulfilment services for professional sports league and teams, collegiate athletic programmes and conferences, and other major sports properties.

Davis joined Fanatics from Versus, now the NBC Sports Network, where as President he oversaw the network’s day-to-day programming, production, digital media, marketing, finance and sales operations, while also directing and executing an overall strategic growth plan and vision for the network.

With Davis at the helm, Versus became the fastest growing sports cable network in the US and delivered unprecedented growth in ratings, distribution and profitability.

Prior to Versus, Davis served as managing director of ESS, a joint venture between News Corporation and The Walt Disney Company.

Under his leadership, Davis redefined the vision for the company, transforming it from a television broadcaster to a digital multimedia content provider, and oversaw unprecedented financial growth.

He was also a member of the FOX Sports launch team and served as an original member of the senior management in that organisation.

Beal retired at the end of 2016, a year which saw the US claim three volleyball bronze medals at the Olympic Games in Rio de Janeiro - in the men's and women's indoor competitions and women's beach tournament.

It followed an 11-year stint overseeing the national governing body.