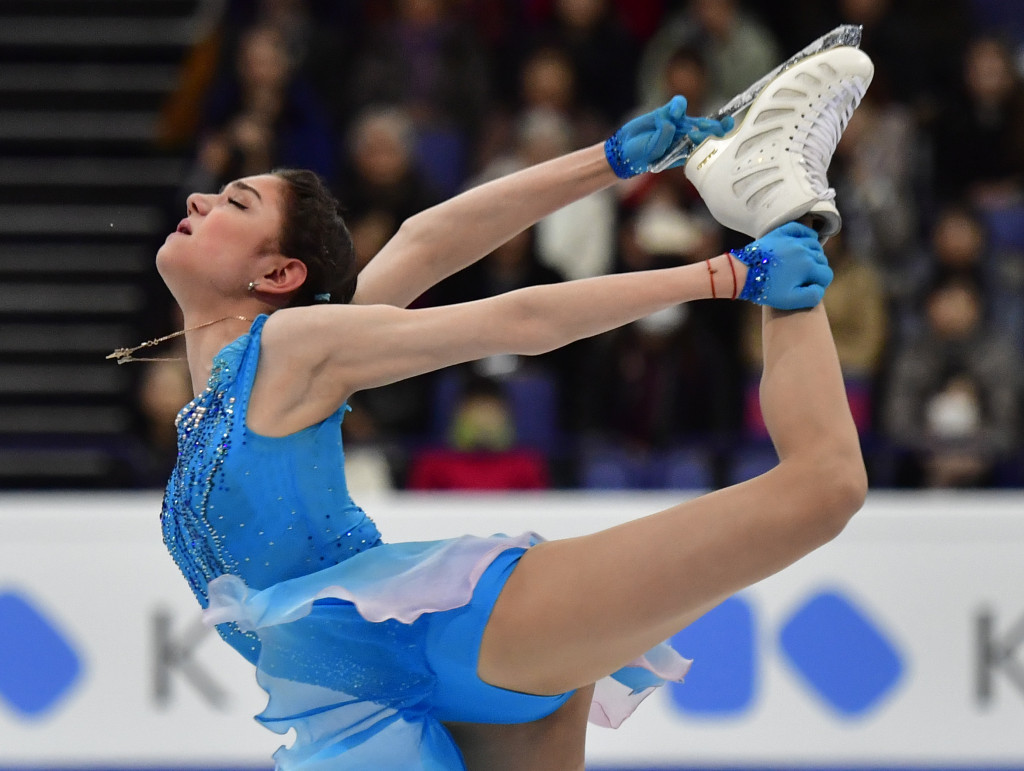 Evgenia Medvedeva of Russia made a perfect start to her women's title defence at the International Skating Union (ISU) World Figure Skating Championships as she won today's short programme discipline at the Hartwall Arena in Helsinki.

The 17-year-old star, a double European champion, scored a total of 79.01 points for her routine featuring a triple flip-triple toe combination followed by a triple loop and double axel.

Her display, performed to "River Flows In You", received widespread praise and laid down a marker which proved too strong for the rest of the field to surpass.

It included several powerful jumps and helped her record a personal best score.

Gabrielle Daleman, also of Canada, was also in good form as she ended the short programme event in third place.

The 19-year-old, a recent silver medallist at the ISU Four Continents Championships, skated to "Herodiade" by Jules Massenet and scored 72.19 points.

Anna Pogorilaya, a bronze medallist at the 2016 World Championships in Boston, narrowly missed out on a spot in the top three as her performance was given 71.52 points.

Italian Carolina Kostner, who is continuing to rebuild her career after she was banned for 21 months in January 2015 for being complicit in the cover-up of her former boyfriend and doping cheat Alex Schwazer, a race walker, could only manage eighth.

"I never think about what I have to do to win," Medvedeva said.

"The most important thing for me is to show what I can do, to skate clean and to enjoy skating.

"Last year I didn't quite understand what was happening because it was my first World Senior Championship.

"Now I don't feel any pressure, I feel very motivated and the support of the people, that they feel my programme as I feel it, they feel what I want to tell with my skating and it's really amazing."

In the pairs short programme, Wenjing Sui and Cong Han of China led the way on 81.23 points.

Germany's Aliona Savchenko and Bruno Massot edged out Evgenia Tarasova and Vladimir Morozov of Russia for second by a slim margin of 0.47 points thanks to a score of 79.84.

Action in Helsinki is due to continue tomorrow.