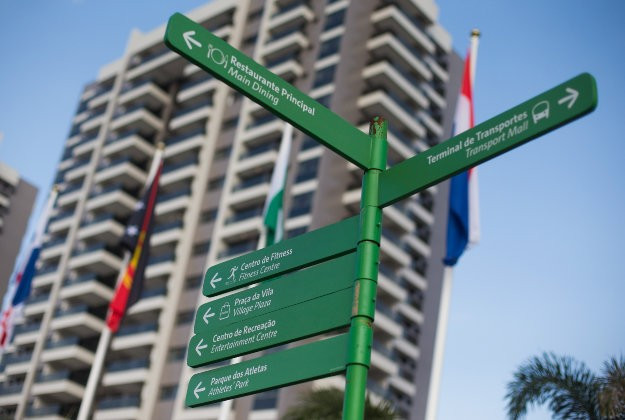 Los Angeles have tried to move onto the territory of rivals Paris by promising to promote the French language if they are awarded the 2024 Olympics and Paralympics.

In addition to implementing Olympic Charter Rule 23 to use both French and English in announcements and signage at the Olympic and Paralympic Games, Los Angeles 2024 guaranteed that French-speaking volunteers will be available to assist athletes and other attendees during the Games.

Los Angeles 2024 also claimed it is committed to celebrating Francophone influences on American and international culture throughout the Cultural Olympiad, and sustaining America's support of the Olympic and Paralympic Movements in the Francophone world.

The decline of French in the Olympic Movement has caused much angst among countries where it is the first language.

At last year's Olympic Games in Rio de Janeiro, there were no French announcements during the competitions, leading to complaints from Organisation internationale de la Francophonie, a group established to try to preserve the language.

It was a similar situation at London 2012 where most of the signs were only in English.

Even Paris 2024 received criticism last month when they launched their campaign slogan "Made for Sharing" in English.

Among those who criticised it was Marine Le Pen, the National Front leader and a contender to become the next President of France.

She claimed it made her "angry".

But Paris 2024 said it was the most effective way to promote their bid internationally.

"On behalf of all of us at LA 2024, we send our warmest wishes to all the French-speaking people across the globe on the occasion of International Francophonie Day," Casey Wasserman, the chairman of Los Angeles 2024, said.

"French is the original Olympic language and LA 2024 is absolutely committed to celebrating and promoting the beautiful French language if LA is given the honour of hosting the 2024 Games.

"There’s no better place to celebrate the world’s languages and cultures than in LA, the most diverse city in the United States.

"With Los Angeles’ deep ties to every corner of the Francophone world, every French-speaking athlete and fan will have a home field advantage at the 2024 Olympic and Paralympic Games in the City of Angels."