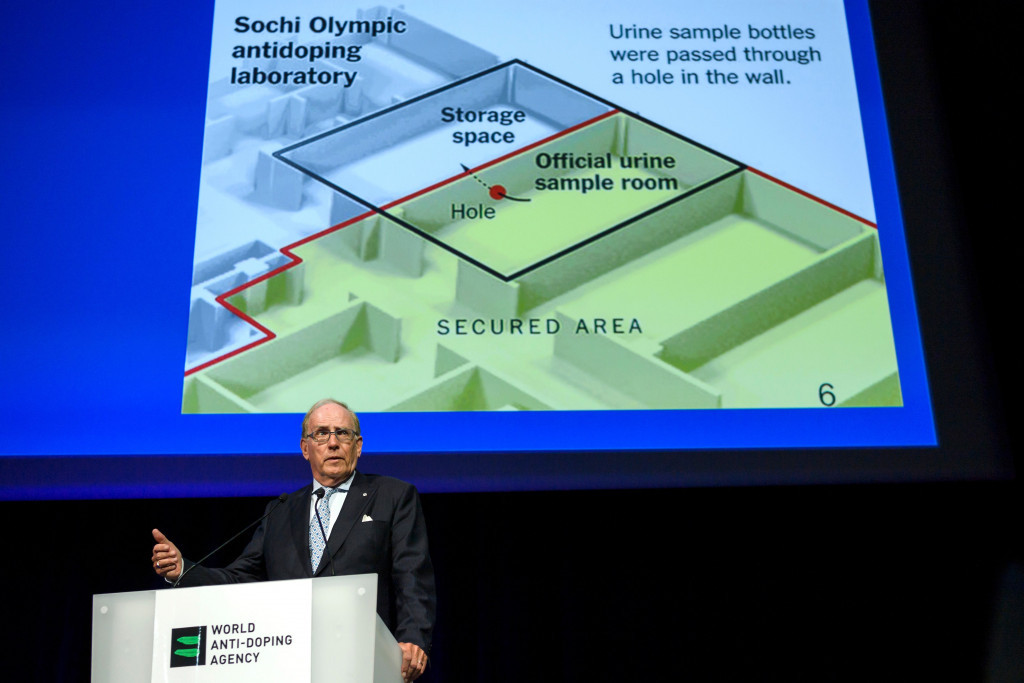 Canadian lawyer Richard McLaren has admitted here today that mistakes were made in the translations of his World Anti-Doping Agency (WADA)-Commissioned report on state-sponsored Russian doping, but he hit back at critics of the investigation.

An open letter was made public last month where International Olympic Committee (IOC) director general Christophe de Kepper claimed that WADA had admitted that the evidence in "many cases" against Russian athletes may not be strong enough to impose sanctions.

De Kepper said WADA made the admission, which the organisation then confirmed, at a meeting with the Association of International Olympic Winter Sports Federations (AIOWF).

He also said in his letter that WADA explained to International Federations (IFs) that the translations used by the McLaren Report were "not adequate" and that it was obtaining official translations of some of the texts.

Speaking here today at WADA’s Annual Symposium, McLaren said: "A lot of it was done not using necessarily words that would normally be used in the Russian language.

"Some mistakes were made.

"That’s regrettable and I apologise for them."

McLaren outlined an orchestrated programme of cheating involving the Russian Sports Ministry, the FSB security service and national sports and anti-doping bodies, which was aimed at helping Russia win medals at the Sochi 2014 Winter Olympic Games and the 2013 International Association of Athletics Federations (IAAF) World Championships in Moscow.

Raising the question of why documents relating to his report were put into the public domain, McLaren said he wanted to deal with the allegations.

"They weren’t allegations," he said backtracking.

"To address that, I wanted to show the world what we had."

WADA President Sir Craig Reedie admitted earlier this month he was blindsided by the release of the IOC letter.

Sir Craig, who says he has since been "assured" by the IOC that it will not happen again, described the letter as "counter-productive".

The Scot also offered a staunch defence of the findings in the document from McLaren, published in December, and reiterated that it was never in the Canadian's remit to pursue anti-doping rule-violations against individual athletes.

Asked today whether there is a fear that the basis of the report is becoming undermined, Sir Craig said: "Personally I don't think so which is one of the reasons that we invited Richard McLaren to be here today.

"His terms of reference were quite clear; it wasn't to produce a whole series of anti-doping rule violations.

"All the evidence that McLaren had has been made public.

"Everything we have is in the public domain and his job was to see if there was organised manipulation of the doping process.

The claims made in the letter were met with praise from Russian officials, who continue to doubt the legitimacy of the findings in the McLaren Report.

However, the country's President Vladimir Putin has called on Russia to "heed the demands" of the document.

In what represented a rare acknowledgement of the report, Putin went on to admit their anti-doping system had "failed".

IFs and the IOC are continuing to analyse the WADA-commissioned report before taking action against athletes and officials involved, along with the entire Russian doping apparatus.

Disciplinary proceedings have so far been opened against 28 Russians alleged to have been part of this programme at the Sochi 2014 Winter Olympics.

Previous concerns about the data were raised by IFs last year when the first part of the report was released.