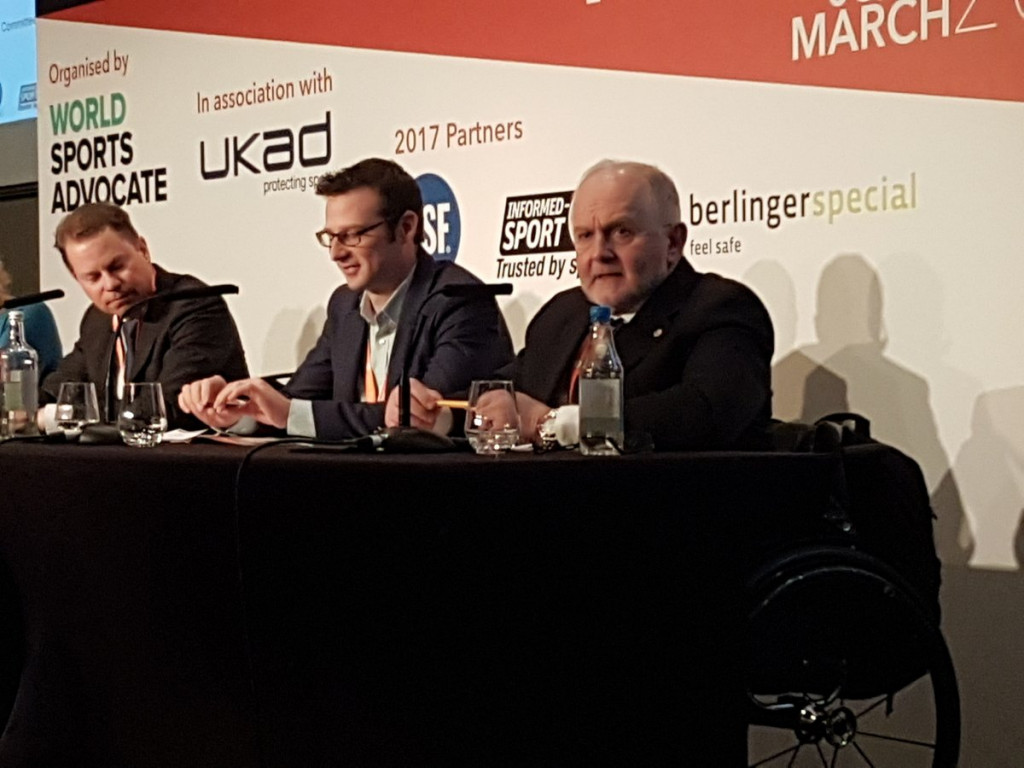 Pengilly, the only voting IOC member not to support the Executive Board's stance on Russian doping last year, also called for a faster pace of reforms to aspects of the global anti-doping system.

"There needs to be a sanctioning framework," said the two-time Winter Olympic skeleton competitor during a panel discussion at the Tackling Doping in Sport Summit here today.

"If an athlete fails there is a clear sanctioning process, just like in normal life if you commit a crime.

"For organisations, there is nothing like that at all, which is completely ridiculous.

"That needs to take place.

"Athletes have been asking sport organisations for this since 2014.

"We haven’t had a lot of traction, which was why we went to the World Anti-Doping Agency (WADA) and they started a framework.

"We [athlete representatives in WADA] and the IOC Athletes' Commission want to push this forward as quickly as possible.

"Changes have been a bit glacial, I want them to be quicker so it doesn’t take a whole athletes' career before we make changes."

Pengilly, a member of the WADA Foundation Board, as well as the IOC, also spoke about how "institutional and personal conflicts of interest need to be better managed" in sport.

"I'm guilty of this myself, I have multiple roles," he said.

He still believes that the WADA Foundation Board should maintain representatives from other sporting and Governmental bodies but suggested an Executive Committee consisting entirely of independent experts as one possible solution.

Pengilly was dismissive, however, of existing measures, including the United Nations Educational, Scientific and Cultural Organizations' International Convention against Doping in Sport.

"I have a baby daughter and I think she has more teeth than the UNESCO Convention," he said.

Discussions are continuing over ways to reform the global anti-doping system following investigations into Russia.

Niggli described compliance criteria as the "biggest priority for WADA in 2017 and going forward".

It was a major part of their reforms suggested at a WADA Foundation Board meeting in Glasgow in November.

Niggli also claimed the Russian Anti-Doping Agency have made "some progress" in addressing problems in the country, but there remains "significant work to be done".

He does, however, believe that last week's partial acknowledgement of problems by Russian President Vladimir Putin was "important" and represents a "mindset in the right direction".

The WADA-commissioned McLaren Report last year claimed that up to 1,000 Russian athletes were involved in an institutional system in which samples were manipulated and tampered with.

This resulted in the IPC suspending the Russian Paralympic Committee and barring all Russian athletes from September's Paralympic Games.

The IOC had earlier opted against a similar decision, however, merely rubber-stamping eligibility decisions made by individual International Federations, despite a WADA recommendation for a blanket ban.

All of the speakers today were praised in an interjection by United States Anti-Doping Agency lead attorney Bill Bock, who then criticised the IOC for not following suit.

"The elephant in the room is the IOC," he said.

"It had a chance to protect clean athletes - and blinked."

Both the IOC and IPC are currently assessing the evidence before making a decision regarding participation at next year's Winter Paralympics in Pyeongchang.

There is no precise timeframe for the work of either but it is thought unlikely any final decisions will be made over the next few months.